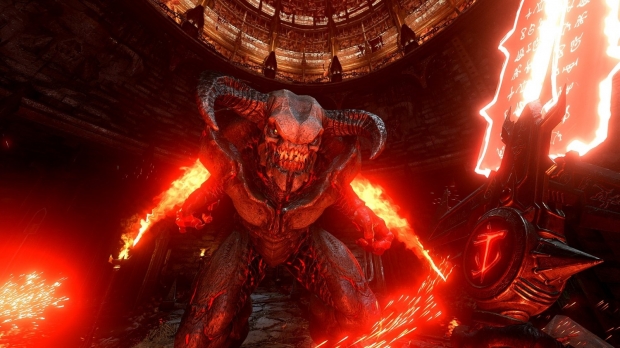 Like practically every other developer in the industry, id Software is currently hiring a bunch of roles to work on new games. News of the openings was passed around by game devs on Twitter, and most of the postings on ZeniMax's job board don't give many clues on what to expect. Except for two.

Job listings for a UI Programmer and Senior Graphics Programmer specifically call for interested candidates who want to "work on legendary id games for PC and next-generation console systems."

id Software is currently hiring 16 people across its Dallas, Texas and its Frankfurt, Germany branches. The positions range from production and art to engine programming (it's possible id is working on a new iteration of id Tech for PS5 and Xbox Series X, or just making the amazing id Tech 7 version even better) to design and production.

Moving away from PS4 and Xbox One consoles is an obvious move for developers making new games. These systems are vastly outdated and the new 7nm+ SoCs, SSDs, and powerful GPU and CPU tech in next-gen hardware simply don't compare to the weaker chips from 2013. Only this time id is owned by Microsoft, so we could see the next project skip PlayStation 5 altogether.

Rumor has it that id Software is working on a new Quake reboot with a female lead, but the studio already has ideas on where it'll take the Doom franchise.