What if Skyrim was a 2021 game built with Unreal Engine 5? It would look absolutely incredible.

UE5 has been praised as one of the most flexible and powerful games engines of the modern era. Artists and level designers are most impressed with Unreal Engine 5's new Nanite tech, which is a game-changer for next-generation game design. Devs can now pop in cinematic-quality assets right into scenes without any adjustments. Nanite was used extensively in the Skyrim watchtower demo.

Here's what Chris said in his Artstation:

This is just a test I made over the last few days using some of my preexisting materials to see how well they would work with Unreal Engine 5 using nanite. All the assets were made very simply by creating primitives and using displacement maps to add the details. Most of the assets are a million plus tris and the tower itself is around 11 million. Having said that, the entire scene never went over 2 million tris in view at a time according to the nanite stats. The only assets not made by me are the landscape material used in the distance and the pine trees. Using DLSS quality mode I was able to get a solid 70ish fps with a few dips into the low 60s mainly when looking at the trees.

Also be sure to check out this awesome rendition of New Vegas in UE4: 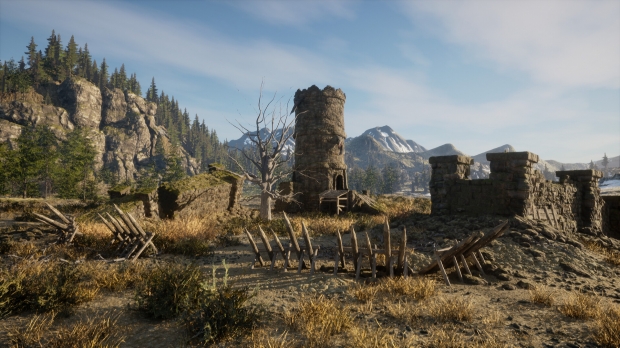