Elon Musk is not shy of controversy, with the SpaceX and Tesla founder sharing and then quickly deleting a meme about fellow billionaire Warren Buffett. 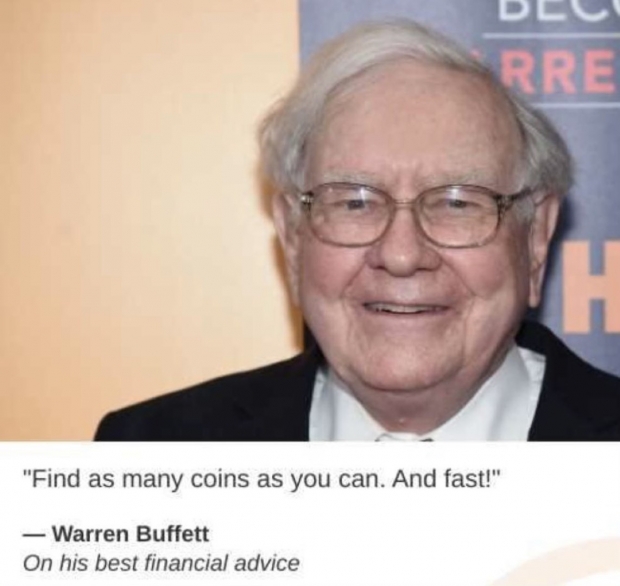 The tweet was posted up on Monday and was deleted within a few hours, with Musk tweeting an image of Warren Buffett and a fake quote that reads: "Find as many coins as you can. And fast!" except he didn't say that... and that's probably why Musk deleted the tweet.

As for what Warren Buffett actually said, back in 2018 he said in regards to Bitcoin and cryptocurrency: "There's two kinds of items that people buy and think they're investing: One really is investing and the other isn't. If you buy something like bitcoin or some cryptocurrency, you don't really have anything that has produced anything. You're just hoping the next guy pays more".

"You aren't investing when you [buy bitcoin], you're speculating".