The new Battlefield has finally been revealed and an awesome gameplay trailer has now been unleashed... check out the very first Battlefield 2042 gameplay reveal:

It looks pretty damn good, with the footage labeled as "pre-alpha" the Battlefield 2042 gameplay that EA has shown off is insane. We have beautiful environments that I really want to see EA dive into more when it comes to the inner workings of its tweaked next-gen Frostbite engine powering Battlefield 2042.

Inside, we have gigantic fights with planes, helicopters, rockets, buildings, storms, and everything in between. The storms in Battlefield 2042 play a gigantic part of the game -- as EA has placed players in a futuristic dystopian world that has been ripped apart from next-gen storms. The resource shortages triggered by this creates the Second Great Depression, and inside of that -- is Battlefield 2042.

The official Battlefield 2042 gameplay video was captured from a 128-player match, which is where the most amount of insanity in Battlefield will be happening. It is shaping up incredibly well so far, and has my full attention -- I'm hoping we're not going to be disappointed... but I need to see more about that destructive environment and see it pushed to its limits.

Also, what kind of requirements will you need to drive the game at 1440p and 4K 120FPS? Do we have DLSS support? If so, that's going to be a huge deciding factor for which GPU that millions of gamers will buy, or upgrade to for Battlefield 2042. 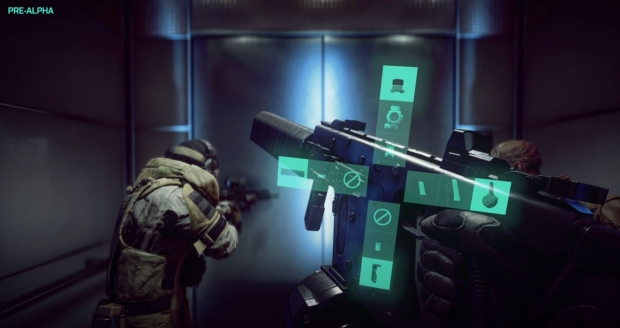