It's been said that Microsoft's software testers have been given several private beta builds of Vista's SP1 recently so I would imagine it wont be much longer now before it is released. The lads at WinBeta have also managed to score some screenshots of the most recent SP1 build in action here.

More at the Dailytech. 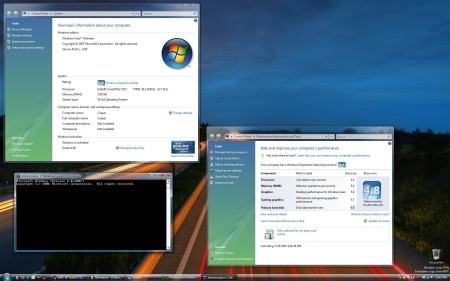 Microsoft is hard at work on Service Pack 1 (SP1) for Windows Vista. Microsoft's latest consumer operating system launched in November and is expected to be used by over 200 million people before the end of 2007.

As is the case with any operating system, Vista is far from perfect. There have been issues with ReadyBoost, copying/moving large files, resuming from sleep/hibernate and Blu-ray playback on numerous systems.

Microsoft addressed a number of these problems in late July through the release of the "938979 Vista Performance and Reliability Pack" and "938194 Vista Compatibility and Reliability Pack." The software packs were originally issued only to Vista beta testers, but are now available to the general public.