Yeah... Sabrent has made a new SSD in the theme of AMD and its core-crunching Ryzen Threadripper CPU with its new Rocket Plotripper SSD. Sabrent is making two different SSDs here, with the Plotripper and Plotripper Pro, the regular Plotripper 2TB having 10,000 TBW (terabytes written) while the Plotripper Pro (in both 1TB and 2TB capacities) has 27,000 and 54,000 TBW, respectively. 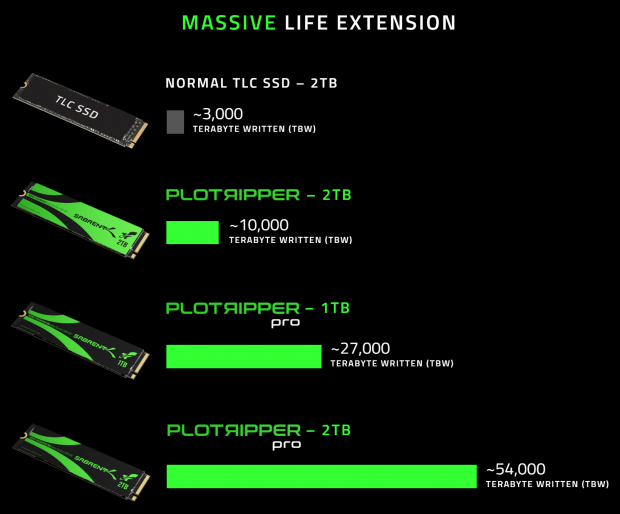 Sabrent points out that the new Plotripper Series SSD takes endurance to the next level, with "LoveXtention" that allows you to "uplift your plotting to next gear. You do not have to do anything, you can simply fire up your Plotting station and get to work".

We don't know when it's coming, which SSD controller it is using (it should rock the Phison E18) or the price but Sabrent is teasing big things here with the new Plotripper series SSDs for Chia Coin cryptocurrency mining.