CKY's drummer Jess Margera may have confirmed a new Tony Hawk game is in development at Activision. 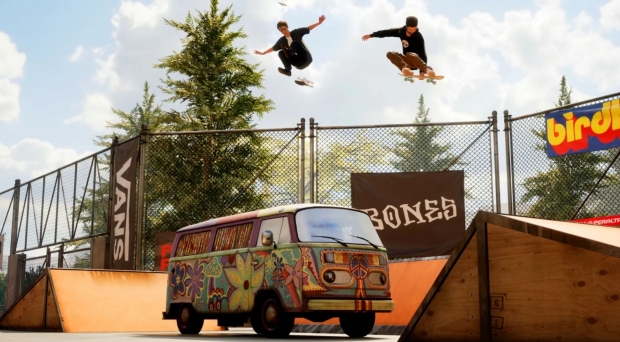 In an April interview with Closed Doors Podcast (at the 39:12 mark), CKY's Jess Margera says the band will have music in a new Tony Hawk game.

When asked if CKY had music in other Tony Hawk games, Margera said: "Yeah, and I believe we're doing the new one coming out too." The drummer goes on to mention how his son just got the remastered Tony Hawk Pro Skater 1+2 on PS5 so it's likely Margera isn't referring to the re-release, but a brand new game.

As the brother of pro skater Bam Margera, including CKY's music into Tony Hawk was a no-brainer.

CKY's 96 Bitter Beings was featured in Tony Hawk Pro Skater 3. It's possible Margera is referring to a remaster of Tony Hawk 3 as the new game.

The new dual remaster of Tony Hawk 1 + 2 featured a mix of old and new songs, and if Tony Hawk 3 is getting remastered, it's likely it'll also feature this kind of mix.

Activision hasn't announced anything yet and we might get news at E3 2021. Maybe Vicarious Visions worked on the remaster before it got absorbed by Blizzard Entertainment.