Ubisoft China's Chengdu Studio discusses what it was like to make its first-ever expansion for Immortals Fenyx Rising.

Immortals Fenyx Rising's new Myths of the Eastern Realm DLC is a major breakthrough for Ubisoft China. The expansion is apparently the first major content-based AAA game released in China, and is studio's debut project. Ubisoft Chengdu carefully crafted the story for a worldwide audience, which focuses on authentic Chinese folklore and mythology, complete with ancient gods and goddesses. The standalone expansion serves around 6-8 hours of new content.

"The DLC represents a lot of firsts, such as this is the first truly complete Chinese content-based AAA game and also our first time to lead a AAA game," Junior Producer Tu Yang said in a brief Life at Ubisoft video.

"We met all kinds of unanticipated difficulties and challenges. This marks a starting point for us to launch more AAA Chinese games in the future."

Immortals Fenyx Rising's new DLC is out now on all platforms for $14.99.

Experience an exciting new tale inspired by Chinese mythology! As Ku, a brave new hero, you must help the Goddess Nuwa restore the balance between Heaven and Earth. Encounter legendary Chinese deities, fight exotic monsters, and challenge yourself with unique puzzle mechanics in the quest to save humanity. 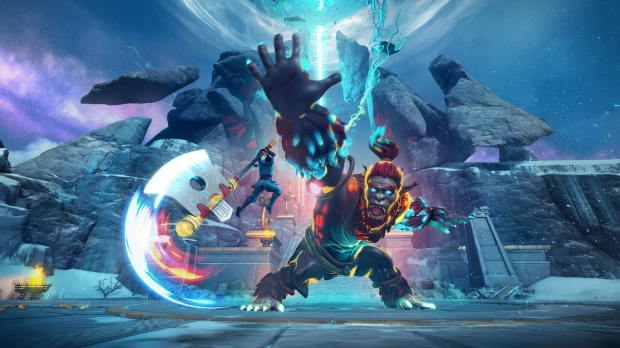