A copy of Super Mario Bros. on NES has been auctioned off for $660,000, making it the most expensive video game ever made. 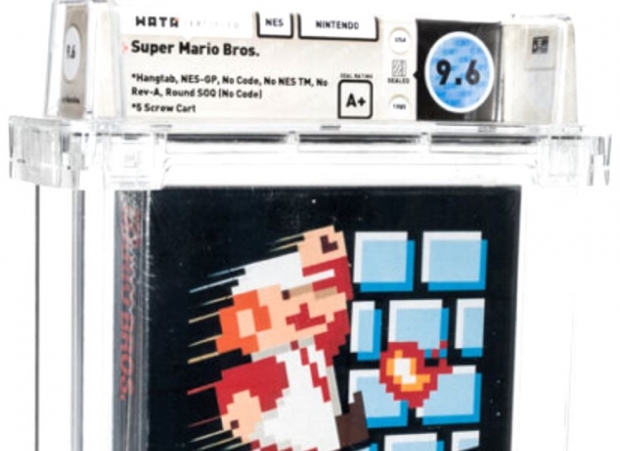 Heritage Auctions has once again sold a Mario game for an exorbitant six-figure sum. The game happens to be the rarest, best-graded Mario Bros. copy in existence. The game was originally bought in 1986 as a Christmas present and sat in a desk for 35 years and remained in pristine condition.

This particular copy is the best-preserved copy of Super Mario Bros. that's ever been graded, complete with an A+ 9.6 WATA rating (the previous record-holder had an A+ 9.4 rating and sold for $114,000). That score means it's nearly perfect.

The auction house explains why the game is so valuable:

"This particular copy was produced in late 1986, and it was one of the earliest copies produced that had plastic shrink wrap, rather than sticker seal." Heritage Auctions Video Games Director Valarie McLeckie said

"By early 1987, Nintendo was producing a version that had another new variation to their original packaging (an additional "code"). Since the production window for this copy and others like it was so short, finding another copy from this same production run in similar condition would be akin to looking for single drop of water in an ocean. Never say never, but there's a good chance it can't be done."