ESO looks like a new game on PlayStation 5 and Xbox Series X hardware. The game's next-gen visual upgrades are pretty dramatic, showing a stark contrast over last-gen thanks to the new Navi 2X GPU tech. Textures are much more defined with higher resolution, shadows are more pronounced, lighting pops more than ever, flora is green and vibrant and fauna is much more realistic. 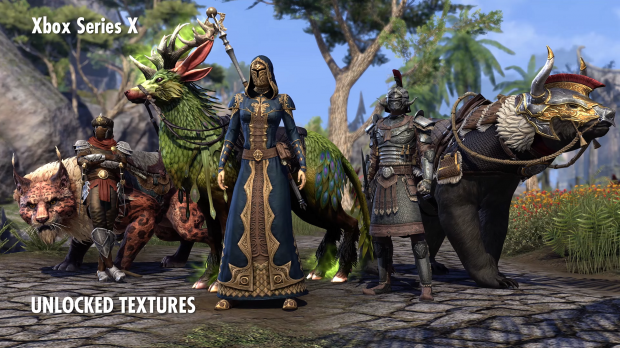 Apart from the cosmetic appeal, ESO is getting some performance jumps too. A new Performance Mode will double frame rates from 30FPS to 60FPS, and there's also the 4K 30FPS mode for higher fidelity (we've reached out to Bethesda to see what resolution the game hits in 60FPS). Load times have been sliced in half thanks to the PCIe 4.0 SSDs in each system, which is a big deal for any MMORPG.

Other adjustments include boosted draw distance to take in the sprawling fantasy world of Tamriel, coupled with improved anti-aliasing and AO/SSGI lighting and shadow tweaks.

The Elder Scrolls Online Console Enhanced update is coming June 8, and will be free for all existing PS4 and Xbox One owners of the game. Next in line is Doom Eternal.

Check below for more info on what's being added:

For the first time, you can experience the game running at 60 frames per second when in "Performance Mode" on console. Previously capped at 30FPS, you can now enjoy a crisp 60FPS throughout your adventures.

Thanks to Console Enhanced, the game's draw distance has almost been doubled for your new console, allowing you to see more than ever before when exploring the ever-growing world of Tamriel. 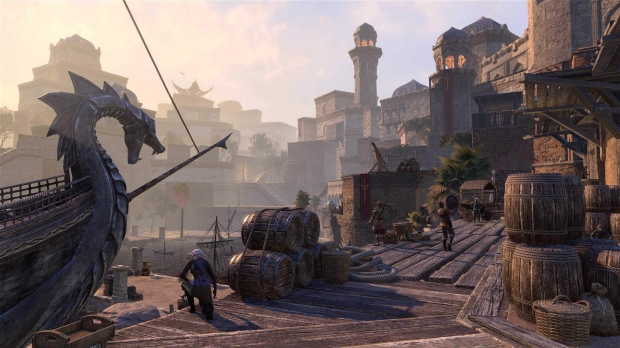 In addition to Draw Distance, we've also unlocked the ability for new-gen consoles to use high resolution textures so that they look even better on larger screens.

Improved antialiasing is also in place to help smooth out the jagged edges of foliage, grass, and structures in game while also sharpening these elements when viewed up close.

We've also improved visuals with the addition of planar reflections, providing a massive boost to the game's level of detail and realism. This is most noticeable in areas with water (such as Vivec City or Summerset). Note that when in Performance Mode, the boost to reflections might vary in water-heavy zones (such as Murkmire) or in areas where performance is most valued (such as in Cyrodiil or Trials).

Upgrades to the game's ambient occlusion with SSGI creates more realistic and natural indirect lighting and broadly boosts the level of detail in the game's shadows. 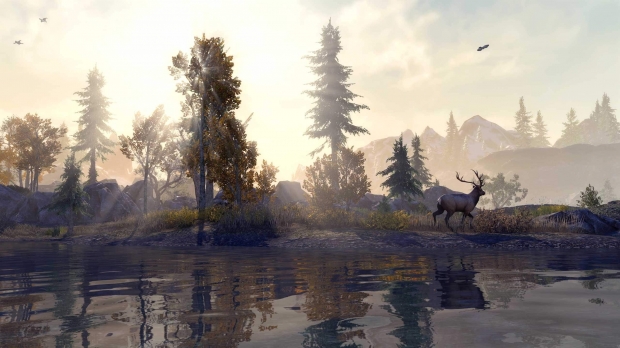 Speaking of shadows, shadow resolution has been doubled and set to the PC equivalent of "Ultra"-the best possible setting for shadows in any version of ESO. This includes improvements to shadow distance.

Finally, loading times have been tuned to be much faster than previous generation consoles, with loading times being nearly cut in half on average.