The Witcher 3's anticipated next-gen console re-release will launch in 2021 after all, CD Projekt RED says. 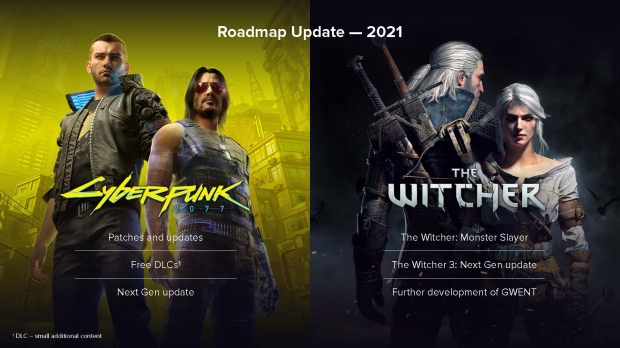 Although Cyberpunk 2077's free expansions and next-gen versions have been delayed, CD Projekt affirms The Witcher 3's next-gen upgrade on PS5 and Xbox Series X/S consoles is still set for the second half of 2021. The next-gen version will be free for all existing PS4 and Xbox One owners with substantial upgrades like faster loading times, higher frame rates, and boosted resolution. CDPR has yet to detail exact next-gen optimizations.

"We also have the next-gen update for The Witcher 3 Wild Hunt coming in the second half of 2021," the company said in a video outlining its new business strategy.

CDPR previously said The Witcher 3 will push new consoles to their limits:

"Expect a full blown next gen bells and whistles version with great features of the upcoming generation. And of course we will release it on PC as well. I believe that it will greatly enhance the longevity of this amazing game," Adam Kicinski said of the next-gen release back in September 2020.

CD Projekt RED is also working on a new Witcher game, and development will begin in 2022. The company previously confirmed it'll be a singleplayer experience, but the new strategy plan affirms that online components will be emphasized in upcoming titles.

Other Witcher projects include Monster Slayer, a new AR-based mobile game in development at Spokko, and new updates for Gwent.