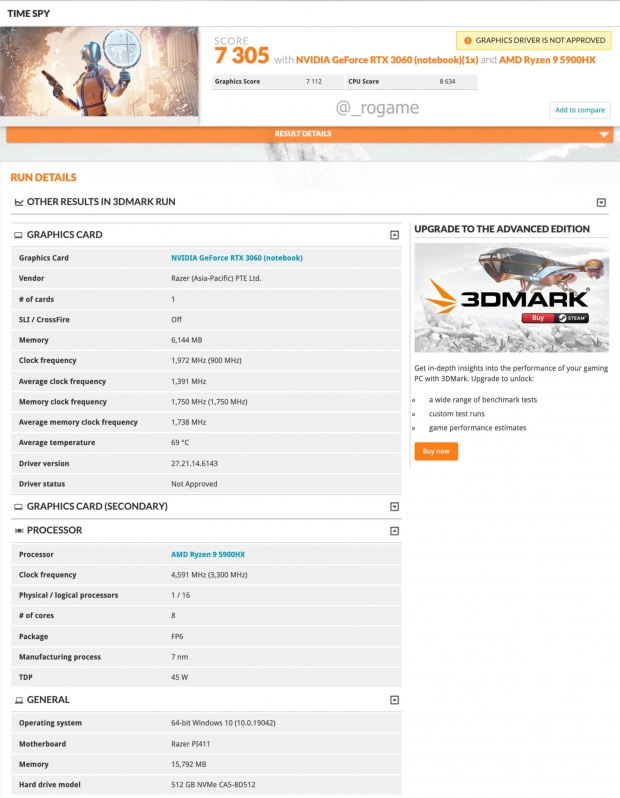 The new Razer Blade 14 gaming laptop packs the new Zen 3-based mobile CPU, which is the first AMD processor inside of a Razer laptop so far. Not only that, but the AMD processor will be joined by an NVIDIA GeForce RTX 3060 -- and not an upcoming Radeon mobile GPU design.

The leak is coming from @_rogame on Twitter, teasing the "Razer P1411" gaming notebook -- a new 14-inch gaming laptop that Razer hasn't released with a new Ampere GPU yet. Razer has got Blade 15 and Blade 17 gaming notebooks with NVIDIA's latest-gen Ampere GPUs inside of them but not in a 14-inch laptop, yet... that is.

Inside, it looks like Razer is using the AMD Ryzen 9 5900HX processor -- the high-end version of the Ryzen 9 5900 family, while something similar in the ASUS ROG Zephyrus G14 uses the power-limited Ryzen 9 5900HS. That is another 14-inch gaming laptop with a Zen 3 + Ampere GPU combo. 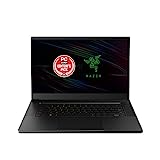