While FPS Boost may seem like magic, the new feature can actually raises in-game frame rates at the cost of resolution. 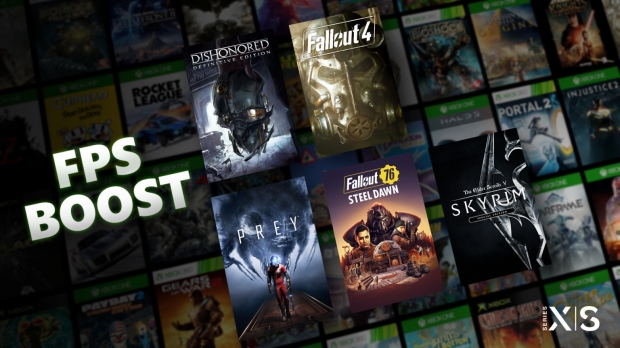 FPS Boost is exactly what it sounds like: Devs have updated old-gen Xbox One era games to run at double frame rates (sometimes even quadruple) on the Xbox Series X/S. Five Bethesda games support the feature and have been boosted from 30FPS to "nearly 60FPS," but there's a catch: resolution takes a hit at the cost of increased FPS. Games like Fallout 4 and Fallout 76 run at reduced resolution with FPS Boost turned on.

Microsoft says FPS Boost will be turned off by default if the mode reduces resolution.

"In some instances, because there are higher graphics requirements to enable FPS Boost technology, we've had to reduce a game's resolution to ensure it both runs smoothly and plays great. In those select cases, such as Fallout 4 and Fallout 76 in this latest title announcement, FPS Boost is not automatically enabled for Xbox Series X gamers. For all titles receiving this update, gamers will see a clear indicator if a title is running FPS Boost."

The company is also careful to say that not every game will support FPS Boost--only those that are compatible with the internal technology.

"We partnered closely with developers to enhance the experience while maintaining the game's original intent. And while not applicable to all games, these new techniques can push game engines to render more quickly for a buttery smooth experience beyond what the original game might have delivered due to the capabilities of the hardware at the time."