This isn't good for Pakistan, its distributors and retailers -- or the general public, as NVIDIA's unreleased GeForce RTX 3060 graphics cards are being sold in the country already. 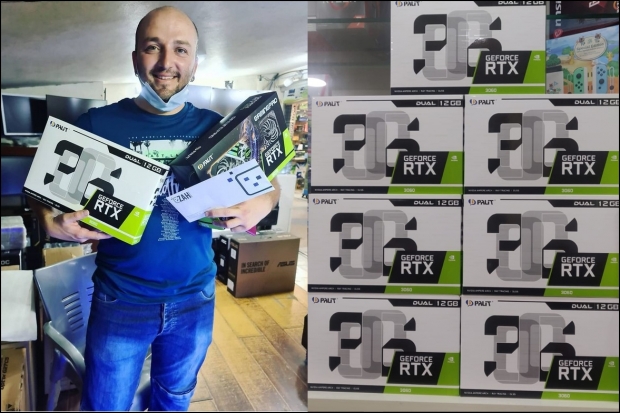 ZAH Computers is an official dealer in Pakistan, selling the Palit GeForce RTX 3060 Dual OC graphics card for 120,000 PKR (Pakistani Rupees) which works out to around $750 or so... a huge premium, price gouging at its finest over the starting price of the GeForce RTX 3060 which is meant to be $329.

But don't worry, the company is saying that the $750 premium pricing is because of the high customs duties and import prices. Our friends at Wccftech report that "simply put are excuses that these distributors and dealers are known to hide behind and have been doing so for quite a while now". 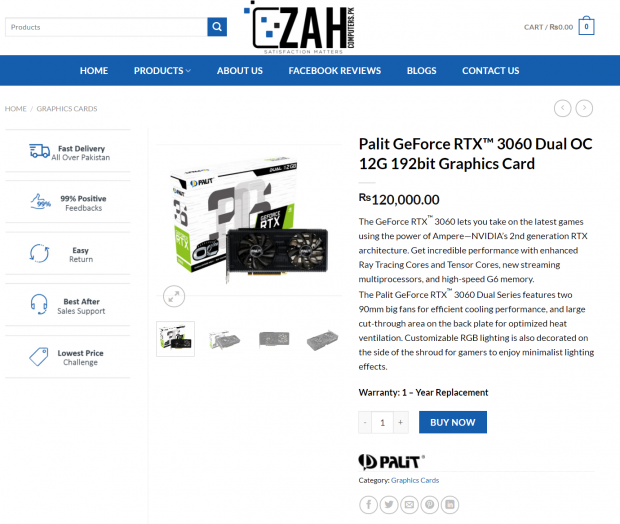 They continued: "The other thing is that these prices won't just come down when the official launch happens on the 25th of February. Unlike preliminary pre-order prices in EU & US markets, the Pakistani prices are going to remain intact and will only go up considering the rising inflation and the ever-dropping value of the PKR compared to USD".

"We have been told that this ZAH Computers has sold multiple units and are easily available to buyers who are willing to pay the scaled prices. With the same amount of money, you can get NVIDIA's GeForce RTX 3070 or if lucky, even an RTX 3080 graphics card but that's the price you have to pay for living in an entirely unregulated market place".