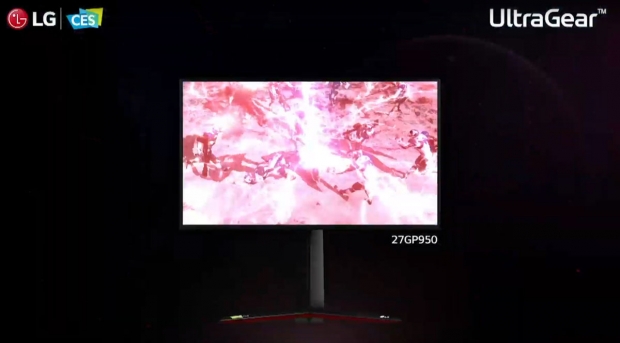 The upcoming LG 27GP950 UltraGear has a 27-inch 4K Nano IPS panel with 1ms response, and a 144Hz refresh rate out of the box that can be overclocked up to 160Hz. It has HDMI 2.1 connectivity, so you can connect your next-gen PS5 or Xbox Series X/S console into it.

You're going to need some serious GPU horsepower to drive 4K @ 160FPS... even a flagship GeForce RTX 3090 or Radeon RX 6900 XT isn't going to handle that in most games. You'll find esports games like Overwatch, League of Legends or CS:GO might be alright -- but you won't be playing Cyberpunk 2077 at 4K and at 160FPS on any graphics card on the planet -- from this year, probably next year, and probably into 2023.

We also don't know if the monitor would have NVIDIA G-SYNC or AMD FreeSync Pro compatibility, but I'm sure we're going to see that -- we will most likely have confirmation of that in the coming weeks leading up to LG launching the new LG27GP950 monitor.