PS4 worldwide shipments hit 115.5 million to date, but the console is winding down as the PlayStation 5 aims to replace the 7-year-old console. 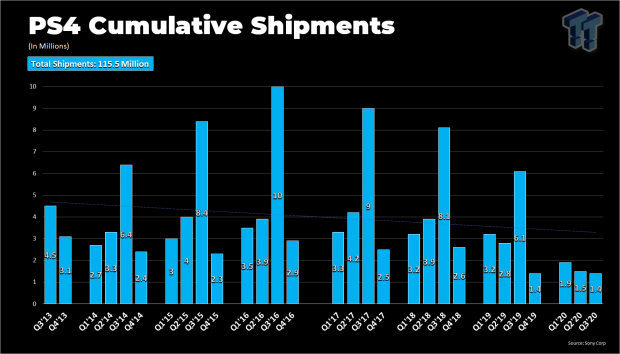 Sony just released its holiday Q3'20 revenues, and recorded the best gaming earnings in its history. Despite the record earnings, which was driven primarily by an astronomical 103.7 million software sales, hardware has slumped. PS4 consoles sales in particular are winding down--FY2020 is currently the slowest year for PS4 sales. 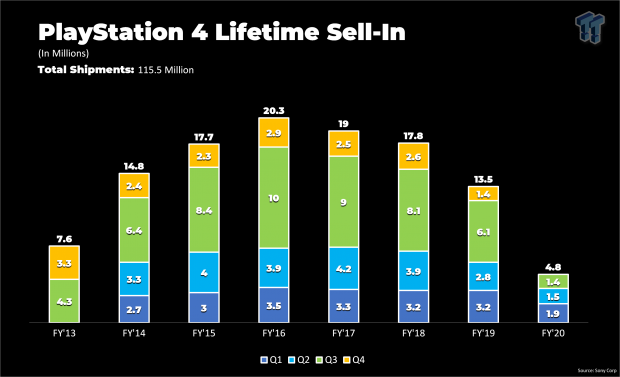 Overall, Sony didn't mention the PS4 very much in its presentation and is pushing towards the PS5 despite confirming the PS4 will live on until at least 2023.