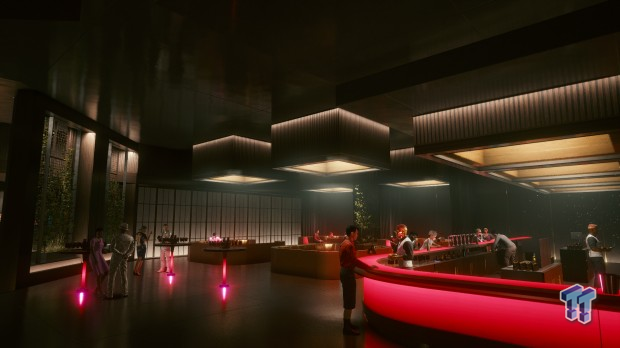 A new scathing report from Bloomberg shines light on what went wrong with Cyberpunk 2077's development. Bloomberg's Jason Schreier spoke with 20 CD Projekt RED developers and uncovered a more realistic picture on the game's troubled creation and release. The report alleges CDPR suffered from mismanagement, delusions of grandeur from lofty ambitions, and an unwavering faith that everything would work out in the end despite warnings from developers.

The report reveals how Cyberpunk 2077 nearly buckled under the weight of its own ambitions. Particularly interesting was the assertion that the E3 2018 demo was almost entirely fake, and that journalists--and gamers--had been misled and misdirected away from the game's core problems. It's these problems that are now made bare and apparent, the very issues that've led to controversy, mass refunds, and even class-action lawsuits.

Now Cyberpunk 2077 game director Adam Badowski has stepped in with an official comment on the article. Here's what Badowski said:

"It's hard for a trade show game demo not to be a test of vision or vertical slice to years before the game ships, but that doesn't mean it's fake. Compare the demo with the gam. Look at the Dumdum scene or the car chase, or the many other things. What the people reading your article may not know is that games are made not in a linear fashion and start looking like the final product only a few months before launch. If you look at the demo now, it's dfferent yes, but that's what the "work in progress" watermark is fore. Our final game looks and plays way better than what the demo ever was.

"As for 'missing' features, that's part of the creation process. Features come and go as we see if they work or not. Also, car ambushes exist in the final game almost verbatim to what we showed in the demo.

"And if we get a bit more granular about our release, the vision we present in this demo evolved into something that got multiple 9/10s and 10/10s on PC from many renown gaming outlets in the world.

"As for the old-gen consoles, yes that is another case, but we've owned up to that and are working super hard to eliminate bugs (on PC, too -- we know that's not a perfect version either) and we are proud of Cyberpunk 2077 as a game and artistic vision. That is not what I'd call disastrous."

Read Also: What was CD Projekt's original vision for Cyberpunk 2077?