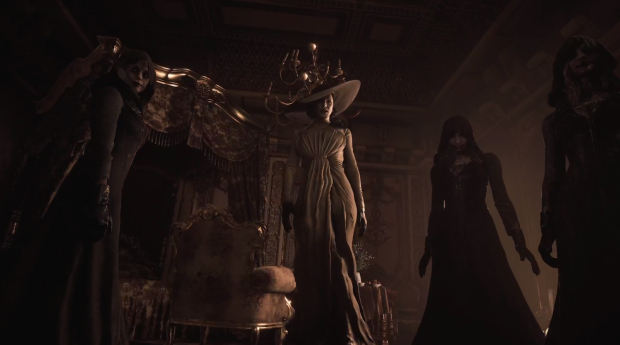 A new Resident Evil VIII gameplay walkthrough is on the horizon from Capcom that will show off the game's macabre tone. We should get a good look at the horrifying castle-village environment, teases at the mythical monsters like werewolves, and maybe even a glimpse at the ultra-creepy witch coven too. The devs should highlight multiple story beats and touch upon Ethan's current plight, and we should also see more info on the gameplay mechanics--although they shouldn't vary too far from RE7's first-person action.

We should also see the higher-end PS5 and Xbox Series X/S optimizations in action, complete with tighter frame rates, ultra-fast loading (this was already showcased by Capcom a bit ago), and other RE Engine tweaks and upgrades.

The RE8 Village video will go live 5PM EST on January 21 on Capcom's YouTube channel.

Check below for more information on the game: