Cross-platform play is one of the biggest new features in gaming, but it's almost worthless without cross-saves. Luckily publishers like Ubisoft have you covered with platforms like Ubisoft Connect. 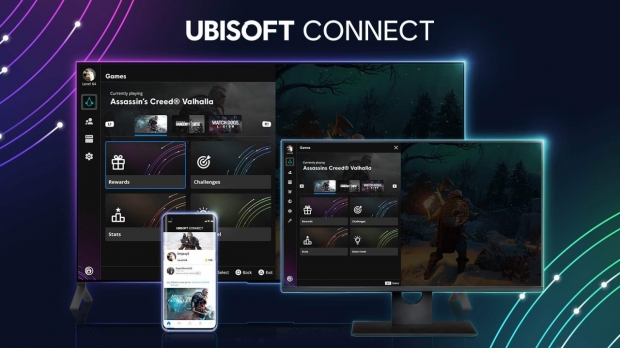 Playing the same game on multiple systems can be really awkward, especially if the games don't support cross-saves. This revolutionary new feature makes game saves universal and platform agnostic, letting gamers access their progress regardless of where they play. It's a feature available on the Xbox/PC/mobile trifecta, and now it's starting to make its way into mainstream games.

Titles like Assassin's Creed Valhalla, Watch Dogs Legion, and Destiny 2 all support true campaign cross-progression alongside cross-play. We've seen games like Call of Duty Black Ops support cross-progression for multiplayer, but not every game will do the same for offline singleplayer campaigns.

While reviewing both the PS5 and Xbox Series X, I can say that Ubisoft's cloud-powered cross-save progression system has been extremely advantageous. But it's not just made for people like me--it's made for gamers who switch platforms mid-game for whatever reason. Maybe you jumped over to the PS5 after you gave your Xbox One to your little brother, or sold your PS5 for a profit and switched to a Series S. Whatever the case may be, the cross-progression is very helpful and represents a big move forward for gaming.

Cross-progression and easy cross-save integration will help spike engagement and keep users playing for longer periods. They won't have to start over and pick up right where they left off, which helps avoid frustration and reduces frictional barriers.

Next-gen gaming is already removing barriers on a hardware level--the high-powered SSDs in the PS5 and Xbox Series X significantly reduce loading times, for example--but these features are just as instrumental in helping usher in the new age.