Microsoft Flight Simulator just received its long-awaited VR patch, but you might be better off waiting longer to play it. People are reporting terrible performance even on high-end gaming systems. 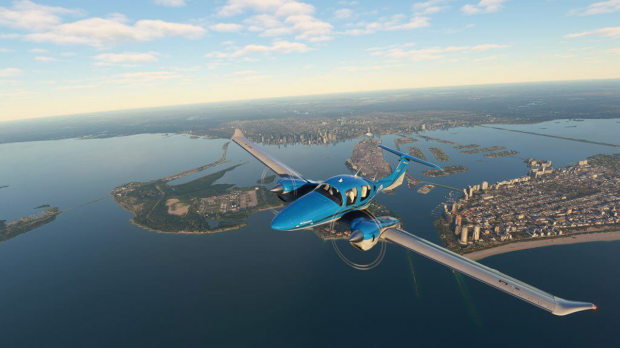 Shortly after the new VR patch dropped, people started reporting their terrible experience with the game's performance. Over on the r/flightsim subreddit, user u/felix330 reported getting less than 45 fps on his original Vive headset. They didn't say which CPU they're running, but the RTX 2070 Super in their system is no slouch of a GPU.

u/DeliciousPangolin chimed in and stated that they're getting roughly the same framerate on their Valve Index headset with a Core i7-9700K and RTX 3080-equipped gaming system. Even on the lowest graphics settings, the game is continuously rendering in reprojection.

For those unaware, to run a VR headset properly, you must have a constant framerate that meets or exceeds the refresh rate of the display. In most headsets, that means you need to maintain a minimum framerate of 90 fps. Not an average of 90 fps; you need a constant 90 fps. Failing that, the system will drop the framerate in half and deliver a synthetic frame comprised of new position information and existing render information.

When you drop into reprojection, the VR experience gets less and less comfortable. The technology is meant to help you get through momentary dips, but you should never be relying on reprojection 100% of the time.

Immersed Robot, a VR YouTube creator, had a similar experience with their system, including a Ryzen 5600x and an RTX 3080. Immersed Robot ran the game at the lowest graphics settings, and the lowers refresh rate to achieve a somewhat playable experience. They noted that their CPU took just as much of a hammering as the GPU in dense cities like New York, suggesting that you should aim for the best CPU and GPU combo you can get if you want to play Flight Simulator in VR.