The highly anticipated VR update for Microsoft's Flight Simulator dropped today. Flying a plane in your basement has never been so realistic! 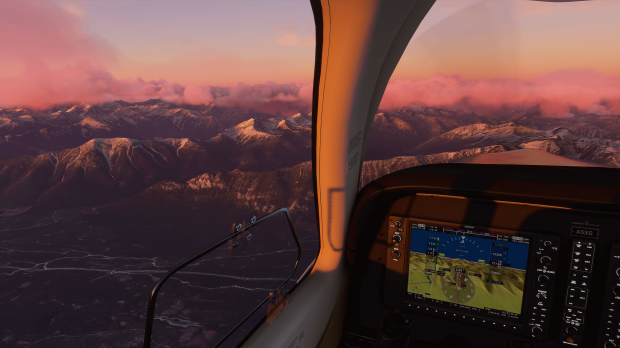 Microsoft's Flight Simulator got a big update today, which included the long-awaited VR support. And it's not just a minor add-on. You can play the entire game in virtual reality, including everything from the beginning menu to the cockpit view.

The VR update for Flight Simulator is compatible with any OpenXR-compatible headset, which means it should be OK with basically any headset that works with SteamVR. Microsoft said that the VR update is currently optimized for the HP Reverb G1 and G2 and the Samsung Odyssey Windows Mixed Reality headsets. In other words, If you have one of those headsets, you won't need to do any additional setup.

Even if you have a compatible headset and set it correctly, it may not be worth the effort unless you have a top-end gaming system. Microsoft said you could run the game in VR on an i5-8400 with a GTX 1080, but the company suggests that you run this game on a much more powerful machine. The recommended setup includes an Intel Core i9-9900K and an RTX 2080Ti or equivalent. You're also going to need 150GB of free space to install the game.