Indie sensation Among Us is coming to the Nintendo Switch...but it's kind of a sus game to launch on the handheld-hybrid. 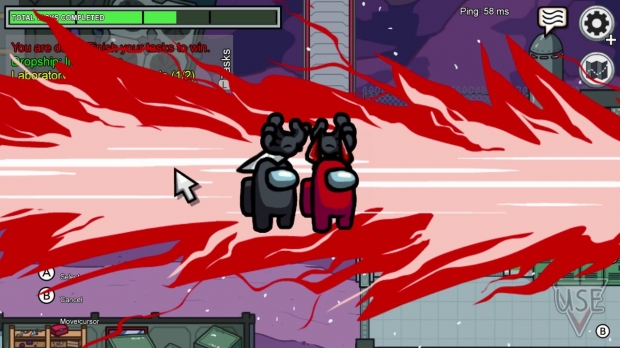 Yesterday Nintendo confirmed Among Us is coming to the Switch. It's a huge deal for developer Innersloth, and the game should sell tremendously well on the Switch--for only $5 you can jump into a high-stakes game of betrayal, lies, framing, and suspicion. There's just one real issue with Among Us on Switch: Communication.

Having fun in Among Us hinges on communication. You need to be able to talk and type to people to confirm your suspicions or to make up a fantastic story on why you're not the killer. The game doesn't technically have voice chat in any version, and you need an external program like Discord to communicate with friends. Even if Among Us did support voice chat on the Switch, you'd have to download the Switch Online app in order to actually chat.

Another big part of communication is typing, which is the main way people talk to one another in Among Us. Typing things out with a JoyCon or even a Switch Pro controller would be a pain. Luckily the Switch dock supports USB keyboards, so just plug one in and you're good to go.

Still, though, I think Among Us is a weird game to bring to the Switch. Not for sales, availability, or that the game doesn't belong on the Switch, but because the Switch doesn't have the best communication features.