Myst, the classic point-and-click puzzle adventure game from Cyan, has made its VR debut. The developer has rebuilt the game from the ground to make the adventure even more immersive.

If you grew up gaming in the '90s, you probably remember Cyan's Myst. This game captured countless gamers' hearts in the early '90s and was re-released multiple times over the last 27 years, including 2000's Masterpiece Edition and 2014's realMyst Masterpiece Edition. The game was subsequently followed up by a full series that included six full games to tell Myst's intricate tale.

Now, Cyan is bringing the original game back for a new generation to experience. Myst on Quest features all the actual puzzles from the original and intertwined storey plots of the original. It's ready for newcomers to dive in, and it's all set for veterans of the series. If you've played Myst enough times to remember the puzzles, you can enable puzzle randomization to bring fresh air to the experience. As if wandering around freely in Myst's four ages in 6-DoF VR isn't a new enough take on the game. 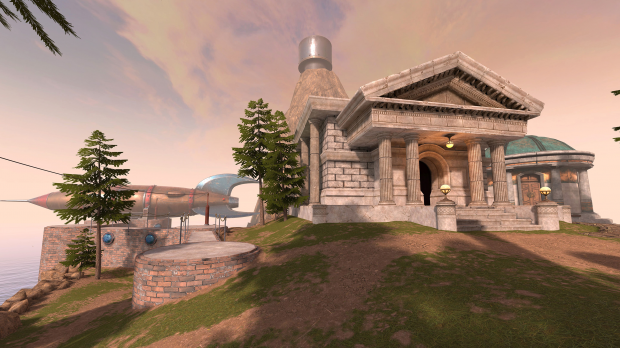 The VR remake of Myst is currently a Quest exclusive. It will eventually come to PC VR, but Cyan has not said when it would launch on other VR platforms. You can pick it up on the Oculus Store today.