The latest Steam Hardware survey from Valve shows that Oculus has a massive foothold on the VR consumer market, with more people using Oculus headsets to play SteamVR content than every other brand combined. 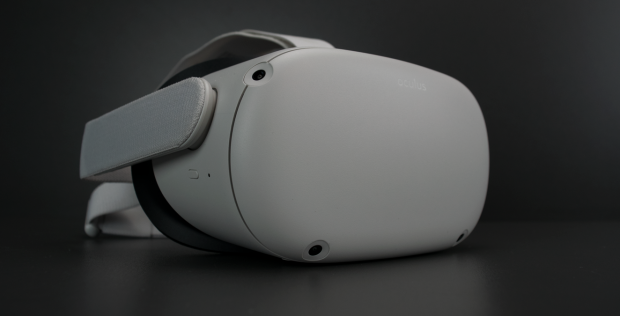 The Oculus Quest is really changing the game in the consumer VR space. For over five years, VR adoption has been steady but very slow. Although with the launch of the Quest 2 in September, consumers seem to have warmed up to VR. According to the November Steam Hardware Survey results, the number of Quest users increased by 5.53%. There are now more Quest owners on Steam than there are Valve Index owners on Steam.

Valve doesn't distinguish between the Quest and Quest 2. It lumps all the Quest owners into one group for the report. The survey does distinguish between Rift and Rift S owners, though, and Rift S is the reigning champion of headsets right now. Rift S alone holds a sliver more than 25% of the market. Pretty impressive for a device that will be discontinued in a few months. 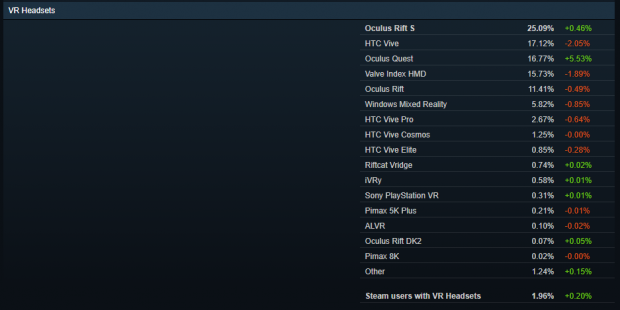 With Rift S commanding 25.09%, Oculus Quest holding 16.77%, and Oculus Rift still grasping on to a surprising 11.41% of SteamVR users, Oculus represents a whopping 53.27% of SteamVR's player base. That said, not even 2% of Steam users have a VR headset, so we're still talking about a relatively small group of people.