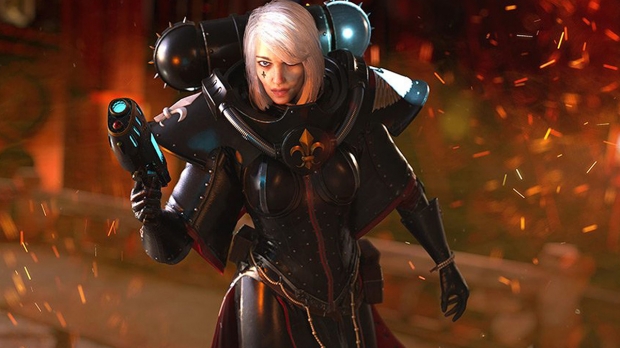 When Facebook revealed the Quest 2 at Facebook Connect in September, the company also announced a lineup of new VR titles that would come to the platform later this year. Some of those games are already out, like Population: One and Blair Witch. Some of them are coming at the beginning of next month.

The Pistol Whip 2089 update is first on the docket with a December 1st release date. The new release brings a new adventure to the game, set in a sci-fi future. The 2089 update also features a new set type of enemy to extinguish. Pistol Whip 2089 is coming to Quest, Rift, SteamVR, and PSVR.

Warhammer 40,000: Battle Sister is coming a week later, on December 8. This first-person shooter experience puts you right in the heart of an action-packed adventure. You'll wield incredible weapons and rain down destruction upon your enemies unless they destroy you first. This game is an Oculus Quest exclusive.

On December 10, Cyan is bringing Myst back from the dead. The original company that made the 90's PG game rebuilt the classic to experience in virtual reality. The rerelease features updated art, sound and interactions. Cyan also included a puzzle randomization option so it won't be repetitive for old fans. Myst is also a Quest exclusive.