The new Xbox Series X/S duo has smashed current sales records and is now the best-selling launch in Xbox history. Now we have some figures to accompany this milestone.

A bit ago, Microsoft hailed the Series X/S launch as the best-ever for Xbox hardware. Now reports say the next-gen Xbox duo has sold 155,000 units in the United Kingdom, which pushes it past the Xbox One. According to figures provided by Niko Partners analyst Daniel Ahmad, the Series X/S had the fourth best UK launch out of the last 3 generations of hardware.

The Xbox Series S/X consoles remain sold out at nearly every retailer across multiple regions. Stock may not be replenished until well into 2021. 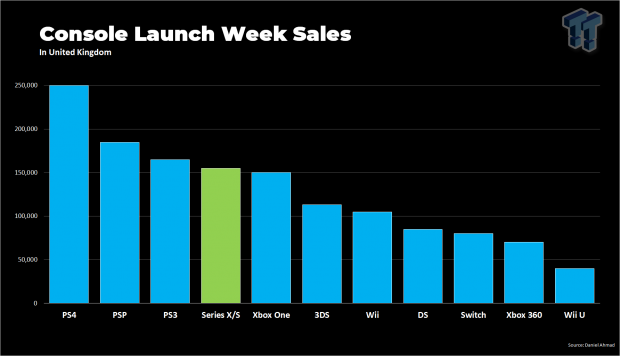