Deca released more information about its upcoming DecaGear 1 VR headset today. To convince people the headset is real, Deca released the Bill of Materials for the headset, including model numbers and rough pricing. 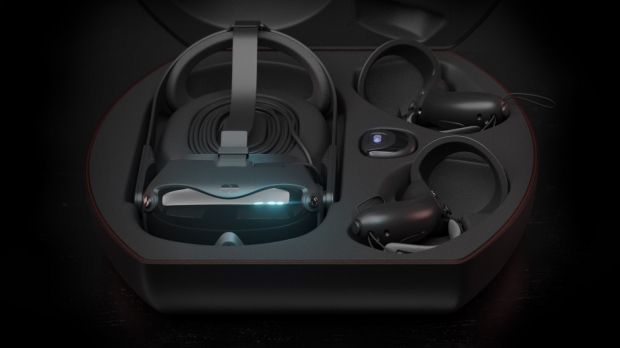 Deca stirred up a lot of buzz in late October when it revealed the existence of its upcoming VR headset, DecaGear 1. The new headset boasts a wild array of specifications, including inside-out tracking, facial expression tracking, eye tracking, and dual 2160 x 2160 RGB LCDs. This headset's specifications are scarcely believable, but the $450 price tag puts the DecaGear 1 into "something seems fishy" territory.

Facing a lot of skepticism, Deca's founders are trying to be as transparent about the product as possible. Today, they revealed the DecaGear 1's Bill of Materials, a complete breakdown of the components needed to build the headset and their associated costs. Deca said the prices listed are an approximate range because of NDA obligations with some companies and because the prices depend on purchase volume.

Despite the unbelievable specifications, Deca demonstrated that it could build the headset for well below the $450 Deca is asking from early adopters, albeit they don't leave a lot of room for profit margin. On the low-end, the components in the DecaGear 1 headset would cost Deca $202. On the high-end, they're looking at as much as $343. Keep in mind; those numbers don't include assembly and logistics costs. 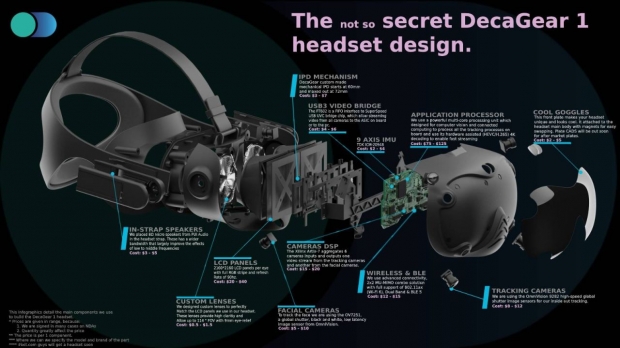 The most expensive components in the package are the onboard dual-core application processor for $75 to $125, and the four tracking cameras, which cost between $32 and $48 for each headset.

Oded Daniel, one of Deca's co-founders, said the real value of his company's hardware is in the software the makes it work. Deca uses AI and SLAM algorithms to pull all the data from the headset cameras to make it all work.

The DecaGear 1 headset is available for pre-order. The device's full price is $449, but you need only put $10 to secure your spot in line. Deca plans to ship the headsets in May 2021.