Typhoon Studios creative director Alex Hutchinson made some extremely controversial statements regarding streamers. Now the internet has lambasted him, and Google moves away from the dev's words. 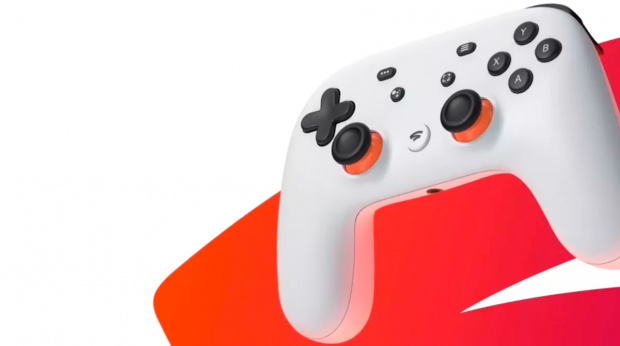 According to Alex Hutchinson, who heads up creative direction for Google's Stadia Games and Entertainment branch, content creators should have to pay to stream games. The idea is streamers should have to pay a license fee in order to monetize streams of copywritten games. It's worth noting Hutchinson was creative director of Typhoon Games (who made Journey to the Savage Planet) before the studio was acquired by Google. Here's what Hutchinson said:

"Streamers worried about getting their content pulled because they used music they didn't pay for should be more worried by the fact that they're streaming games they didn't pay for as well. It's all gone as soon as publishers decide to enforce it."

"The real truth is the streamers should be paying the developers and publishers of the games they stream. They should be buying a license like any real business and paying for the content they use."

Predictably, Google has stepped in to say they don't support these statements.

"The recent tweets by Alex Hutchinson, creative director at the Montreal Studio of Stadia Games and Entertainment, do not reflect those of Stadia, YouTube or Google,"Google told 9to5 Google.

"We believe that Publishers and Creators have a wonderful symbiotic relationship that has allowed a thriving ecosystem to be created. One that has mutually benefited everyone! YouTube is focused on creating value for Creators, Publishers, & Users. All ships rise when we work together," said YouTube gaming exec Ryan Watt.

The reality is that being able to play the game itself is the license. That you have access to the game is the license. It's true streamers get games for free. That's a calculated loss publishers and devs take in exchange for exposure. Of course most of the gaming world realizes the trade-offs between free games, gaming press, and influencers/content creators.

Think of streams as a kind of extra layer of advertisement and exposure that wouldn't have happened any other way. Games absolutely explode when huge streamers like Pewdiepie play them (look at Among Us, for example, or EA's paid promotion of Apex Legends when it launched in 2019).