If you happened to miss the news, Minecraft's Steve has made his way to Super Smash Bros. Ultimate.

Nintendo has teamed up with Microsoft to bring one of the most iconic characters in gaming history over to the extensive Super Smash Bros. Ultimate roster. Now, Steve has arrived in a patch released this past Tuesday, and players have found something quite peculiar about him, or more accurately, about his victory pose at the end of a the game.

Above you will see a video of the whole victory pose, and inherently the pose itself is completely harmless, but some people online see things a little differently. In the victory pose Steve chows down on some meat, and then places it down in quite a questionable location. The same goes for Alex, which is a skin variant of Steve. Nintendo has yet to say if they will be changing the new characters victory pose since people have taken the victory pose to the gutter. 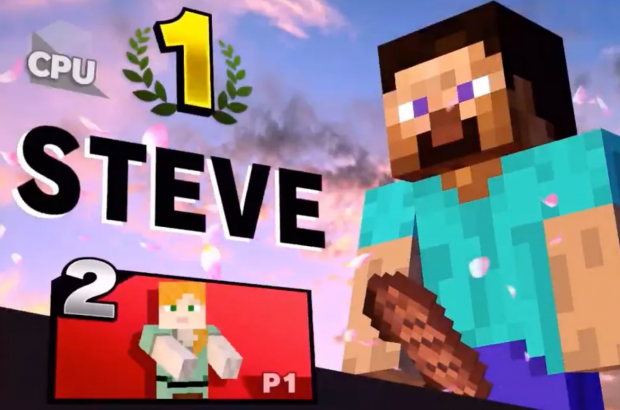