CD PROJEKT RED decided that now is the time to deploy the latest Cyberpunk 2077 commercial, starring the ever-so-awesome Keanu Reeves. The new commercial is titled "Seize the Day", check it out:

The new commercial for Cyberpunk 2077 comes days after the developer went into "crunch" mode to finish the game, and barely 24 hours after CDPR said it would give 10% of revenues to employees as extra crunch bonus pay. Keanu Reeves is front and center in the new Seize the Day trailer for Cyberpunk 2077, while Bill & Ted Face the Music is in theaters (and kicking ass on VOD).

Cyberpunk 2077's new Seize the Day commercial debuted during the NBA Finals last night, and should bring some huge attention to the game leaving into its release on November 19. 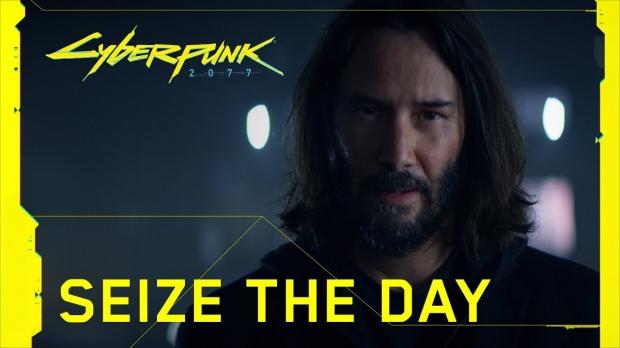