I'm sure you have either experienced it yourself, or someone you know has -- tried to buy NVIDIA's new GeForce RTX 3080 Founders Edition anywhere in the world, and couldn't get your hands-on one. 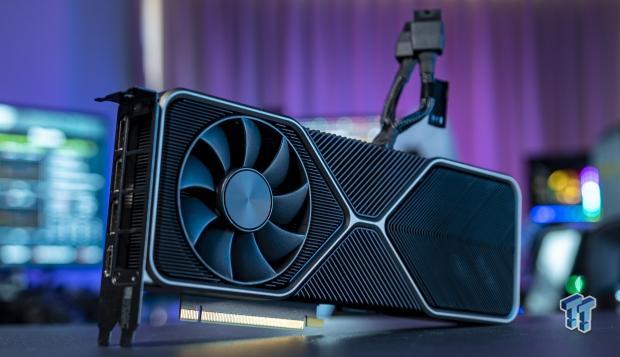 If you were trying to buy an NVIDIA GeForce RTX 3080 online at launch, retailers websites worldwide were crashing from the massive load of traffic of hungry gamers. I personally had multiple messages from friends here in Australia linking me to local retailers' websites that were dead.

VideoCardz reported the news, also noting that two weeks ago TweakTown had a story -- wait, that's me -- yeah, I said two weeks ago now that there would be low stock of GeForce RTX 30 series cards for the rest of the year. You can read more about that here.

Read more: our review on the NVIDIA GeForce RTX 3080 Founders Edition - The Superman of GPUs.

We should see more stock in the coming weeks, but there's also a 20GB variant of the GeForce RTX 3080 coming that should shake things up. Would you buy a 10GB or 20GB RTX 3080? There should be a price difference obviously, maybe $100-$200 between them -- maybe we're seeing less stock made available of the 10GB variant because the 20GB will be more popular?

NVIDIA said: "This morning we saw unprecedented demand for the GeForce RTX 3080 at global retailers, including the NVIDIA online store. At 6 a.m. pacific we attempted to push the NVIDIA store live. Despite preparation, the NVIDIA store was inundated with traffic and encountered an error. We were able to resolve the issues and sales began registering normally".

"To stop bots and scalpers on the NVIDIA store, we're doing everything humanly possible, including manually reviewing orders, to get these cards in the hands of legitimate customers. Over 50 major global retailers had inventory at 6 a.m. pacific. Our NVIDIA team and partners are shipping more RTX 3080 cards every day to retailers".

"We apologize to our customers for this morning's experience".