AMD only just teased it would be revealing much more about its new Big Navi graphics card family, based on the RDNA 2 graphics architecture, on October 28. 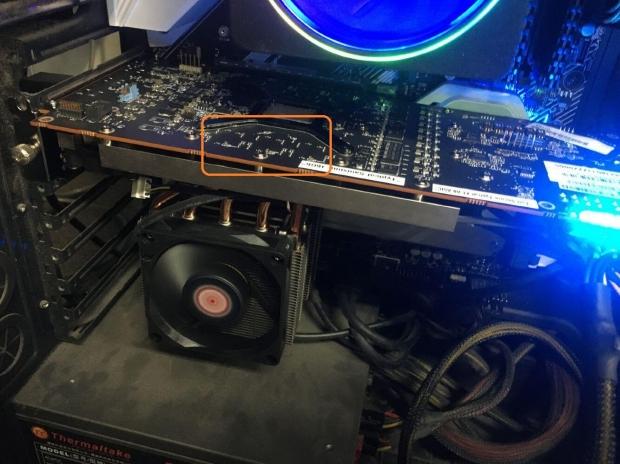 But now less than 12 hours later we have a new mysterious engineering sample photo of a purported Big Navi graphics card. The leak is saying that this particular card uses 16GB of GDDR6 from Samsung (compared to the 8GB, 10GB, and 24GB of GDDR6/X that NVIDIA is using from Micron on Ampere).

Not only that but there are "only 8 video memory bits" which means we're looking at a 256-bit memory bus, which is "far less" than the GeForce RTX 3090. This might be Big Navi, but AMD needs the bigger guns with something like Bigger or even possibly Biggest Navi if it wants to compete with the beast that is the GeForce RTX 3090.

You'll note the ghetto ass cooling on the Radeon RX 6000 engineering sample -- I love to see that, a totally raw graphics card being used with what looks to be a CPU heat sink and fan?! So much dust all over the place, I love it.