Microsoft finally reveals the Xbox Series S after last night's leak, confirming key specs we've known about for a while. 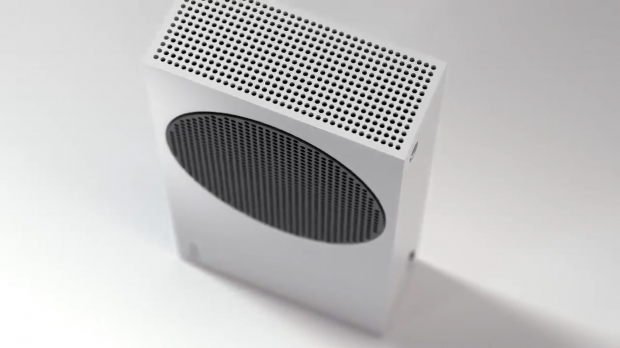 It's official: The entry-level Xbox Series S next-gen console will launch alongside the beastly Xbox Series X in November. The Series S is a lower-powered, all-digital console that features the same 7nm SoC as the Xbox Series X, albeit with dramatic reductions in GPU (the CPU is slightly down to 3.6GHz too). A big difference is the storage reduction: The Series S features a 512GB PCIe 4.0 SSD compared to the Series X's 1TB storage. 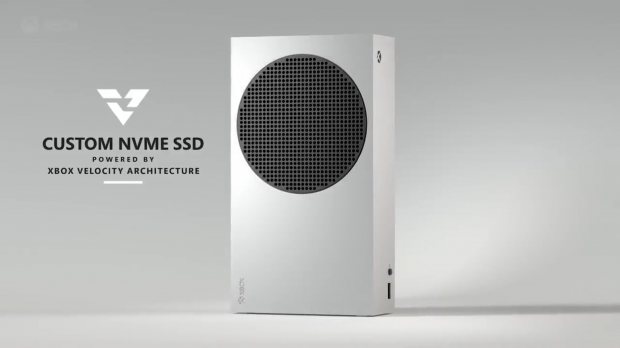 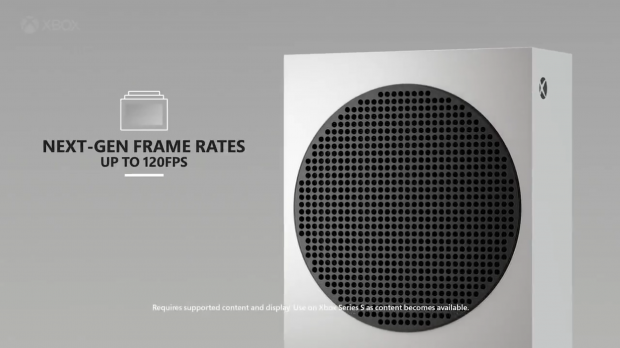 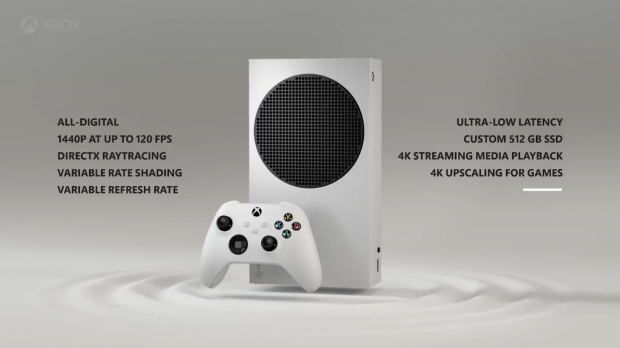 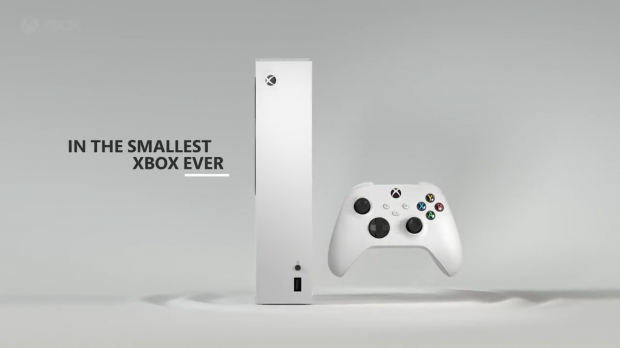 All of these higher-end components are packed in the smallest Xbox design ever built; the Series S is 60% smaller than the Series X, but most of that real estate is taken up by a huge fan vent mounted at the top. Oh, and there's no disc drive. This is by design to ensure you get permanently stuck in Microsoft's digital ecosystem.

Microsoft didn't reveal more visceral and in-depth specifications, such as RAM memory or speed, but that info should be coming soon.

The Series S will release alongside the Series X on November 10 for $299. The Xbox Series X is expected to be $499. 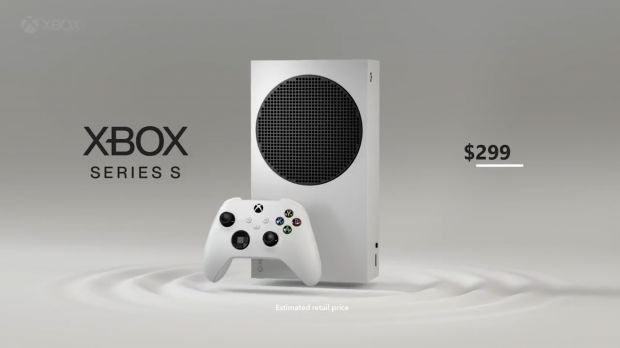 Check below for spec comparisons of the Xbox Series X and S consoles: 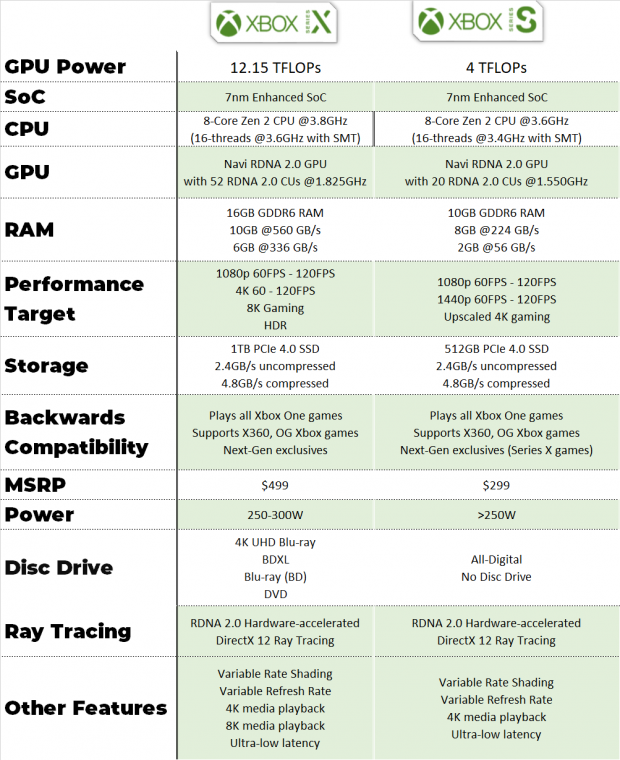