It really went into a dark timeline for Apple, Google, Epic Games, and gamers across the world with a huge battle that culminated in Epic Games suing Apple to "end Apple's dominance over tech markets". 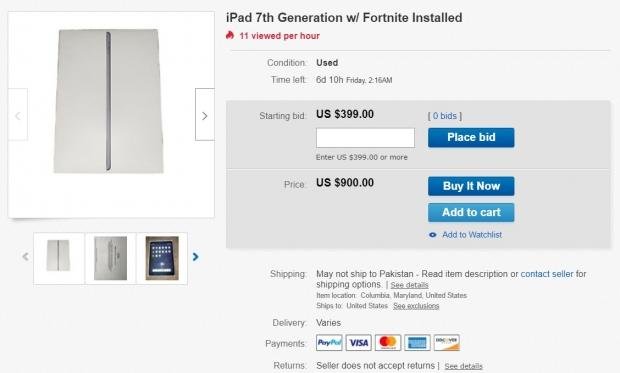 Fortnite was pulled from the App Store in retaliation, and then Google ripped the battle royale juggernaut from its own Play Store. It all went down in a few hours time, blowing most people away -- and in the middle of it, some people are selling their older-gen iPad with Fortnite pre-installed for huge amounts of money second hand on eBay.

There's someone selling an iPad 7 with Fortnite pre-installed for $900 on eBay right now, which is pretty crazy considering that you can find the iPad 7 for well under $300 when it has been put on sale. You can even buy a brand new 11-inch iPad Pro for less than this.