Epic Games, one of the most powerful titans in the games industry, is tired of paying the 30% 'Apple tax' on all iOS revenues. Now Epic is standing up to Apple, and is suing them in a case that could set precedent for the entire games industry. 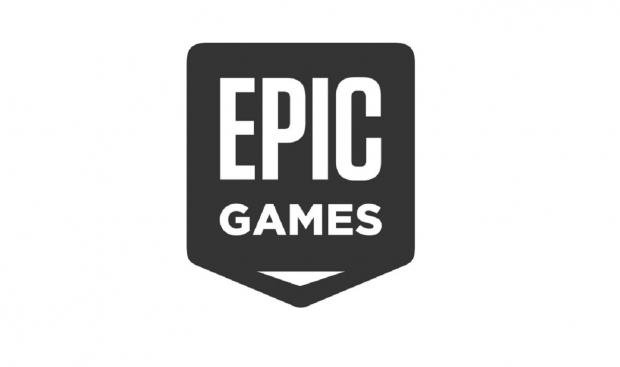 Today Epic Games decided to flat-out challenge Apple. First Epic added in an option for direct payments into Fortnite, which completely bypassed Apple's 30% revenue cut altogether. Apple takes 30% of all games revenues from the iOS storefront. Apple, of course, pulled the game from the App Store for terms and conditions violations.

Now Epic is suing Apple and seeks to end its "dominance over key technology markets."

The lengthy court document is filled with complaints that chronicle Apple's so-called anti-competitive practices and monopolistic behavior, going so far as to say Apple's "stranglehold of the iOS ecosystem" is "unlawful and unreasonable."

"Fast forward to 2020, and Apple has become what it once railed against: the behemoth seeking to control markets, block competition, and stifle innovation. Apple is bigger, more powerful, more entrenched, and more pernicious than the monopolists of yesteryear. At a market cap of nearly $2 trillion, Apple's size and reach far exceeds that of any technology monopolist in history," Epic said in the document.

The document goes on to detail exactly how Apple is unfairly controlling the market, and makes a compelling case.

The crux of Epic's argument is that Apple's power is too big to be unchecked. The document says that over 1 billion people use iOS, and that developers must make their apps available on the App Store simply because not doing so is missing out on one-half of the mobile market. So developers simply have no choice but to go along with Apple's rules. There's no alternative, and no way to offer access to their apps outside of the App Store--no side-loading of .apk files like with Android.

This case concerns Apple's use of a series of anti-competitive restraints and monopolistic practices in markets for (i) the distribution of software applications ("apps") to users of mobile computing devices like smartphones and tablets, and (ii) the processing of consumers' payments for digital content used within iOS mobile apps ("in-app content").

Apple imposes unreasonable and unlawful restraints to completely monopolize both markets and prevent software developers from reaching the over one billion users of its mobile devices (e.g., iPhone and iPad) unless they go through a single store controlled by Apple, the App Store, where Apple exacts an oppressive 30% tax on the sale of every app. Apple also requires software developers who wish to sell digital in-app content to those consumers to use a single payment processing option offered by Apple, In-App Purchase, which likewise carries a 30% tax.

Epic clearly had this at the ready, and was planning a coup for a long time. Epic doesn't want to take over Apple, though, just topple it and remove its power from the App Store--or at the very least add options in to reduce or even eliminate the 70-30 revenue split.

Epic doesn't want any money, though. It simply wants the courts to set rules against Apple's 'monpolistic' reign.

Accordingly, Epic seeks injunctive relief in court to end Apple's unreasonable and unlawful practices. Apple's conduct has caused and continues to cause Epic financial harm, but as noted above, Epic is not bringing this case to recover these damages; Epic is not seeking any monetary damages. Instead, Epic seeks to end Apple's dominance over key technology markets, open up the space for progress and ingenuity, and ensure that Apple mobile devices are open to the same competition as Apple's personal computers. As such, Epic respectfully requests this Court to enjoin Apple from continuing to impose its anti-competitive restrictions on the iOS ecosystem and ensure 2020 is not like "1984".

Issuing an injunction prohibiting Apple's anti-competitive conduct and mandating that Apple take all necessary steps to cease unlawful conduct and to restore competition;

B. Awarding a declaration that the contractual and policy restraints complained of herein are unlawful and unenforceable;

C. Awarding any other equitable relief necessary to prevent and remedy Apple's anti-competitive conduct; and

D. Granting such other and further relief as the Court deems just and proper.