What's old is new again: Ren and Stimpy is coming back as a new series on Comedy Central. 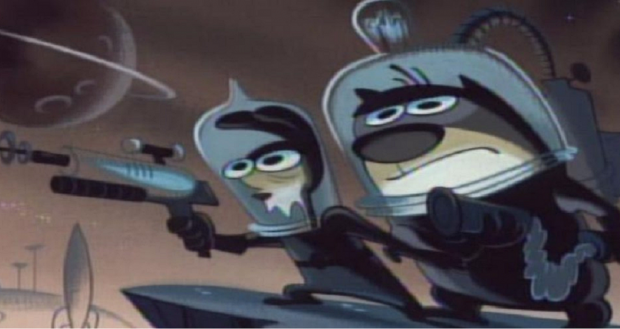 ViacomCBS today announced 90s favorite Ren and Stimpy will return as a "reimagined" show on Comedy Central. No details have been revealed on whether or not John Kricfalusi, who's been mired in controversy, would return to voice Ren Hoek, or if his Spumco animation company would be attached to the project.

The press release specifically states the new Ren and Stimpy reboot will be a part of the company's push towards adult-oriented content, presumably in a bid to compete with Turner's Adult Swim network. This new push includes revamps of Beavis and Butthead with Mike Judge at the helm, and a new Daria spin-off series called Jodie.

In reality, Ren and Stimpy always leaned towards adult humor. It featured layered jokes and risque topics wrapped in a distinct visual style that helped define a generation. This would actually be the second time Ren and Stimpy has been revamped--the first attempt was in 2003 with the Ren & Stimpy Adult Party Cartoon show.

"We are excited to reinvent this iconic franchise with a new creative team and our partners at the Nickelodeon Animation Studio,"said Chris McCarthy, President of ViacomCBS Entertainment & Youth Group.

"Ren & Stimpy joins our rapidly expanding roster of adult animation including South Park, Beavis and Butt-Head and Clone High as we continue to reimagine our treasure chest of beloved IP for new generations."

The Ren and Stimpy Show - Seasons Three and a Half-ish