Activision and Infinity Ward must be in some form of conspiracy with storage companies, pushing the boundaries on just how much storage space a game can take up with Call of Duty: Modern Warfare.

Call of Duty: Modern Warfare and Warzone is currently requiring over 200GB of storage space on gamers' systems, but now that Season 5 is upon us it'll need just a little bit more. The new Season 5 update weighs in at 36GB on the PlayStation 4, but requires 90GB of free storage space to even kick the download off.

But this time around, the developer knows the download size is huge and have said that they are "optimizing" their asset packs. This means that the download size might be large, but he overall size of Call of Duty: Modern Warfare will actually shrink on your console post-patch. Nothing has been said about the PC version of the game just yet.

Call of Duty: Modern Warfare Production Director, Paul Haile, tweeted: "The overall size of the game will actually shrink on your consoles after you download the patch, even though we're adding a bunch of new content for the season".

He added that the patch will also include "a bunch of new content for the season", so while it will be a large download (and require 90GB to start said download) you do get more content for Season 5 of Call of Duty: Modern Warfare and Warzone.

At the end of the day, Call of Duty: Modern Warfare will take up around 200GB on your system of choice. 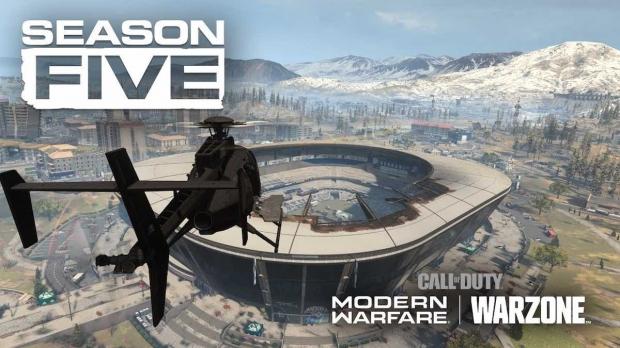