According to a new survey from analyst firm Experience12, thousands of UK gamers are overwhelming more interested in the PS5 than the Xbox Series X. 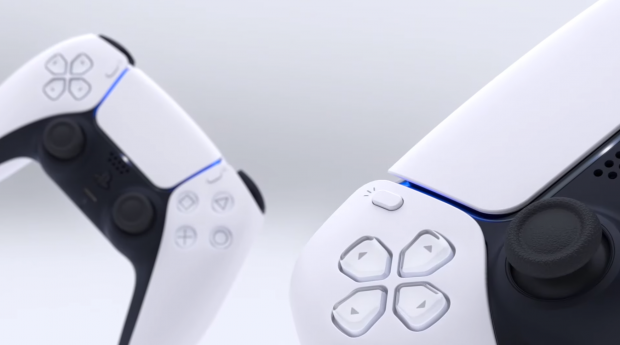 Data firm Experience12 surveyed 3,000 gamers in the UK to see which next-gen console they're more interested in. Turns out the PS5 is at the top, which isn't surprising given the console's massive install base. 84% of respondents, or roughly 2,520 people, said they were more excited about the PS5. 16% of them, or just 480 of respondents, preferred the Xbox Series X. 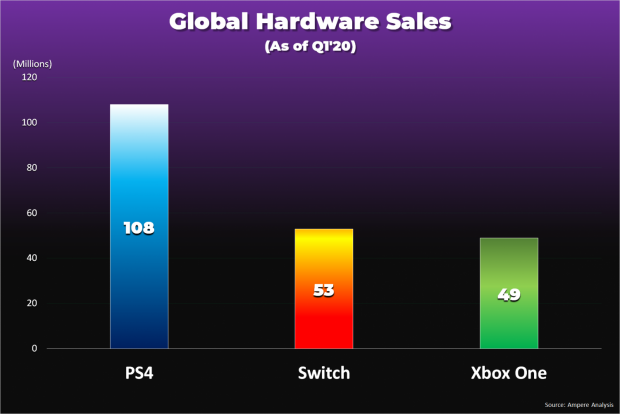 To properly understand this data we need some perspective. The PlayStation 4 has a staggering lead over the Xbox One in global sales, and is handily beating Microsoft's console by over 60 million units. As Ampere Analysis shows, the PS4 is currently at 108 million sales (sell-through, not the 110.4 million sell-in Sony reports) compared to the 49 million Xbox Ones sold worldwide. The PS4 has outsold the Xbox One by 59 million units, or more than the total Xbox One sales across the globe.

But in the UK, that discrepancy is much less pronounced. As of 2018, the PS4 has only outsold the Xbox One by 2.6 million units.

According to Statista, roughly 4.8 million PS4s have been sold in the UK from launch until 2018. Stastista also notes that 2.14 million Xbox One consoles were sold in the UK in the same period. 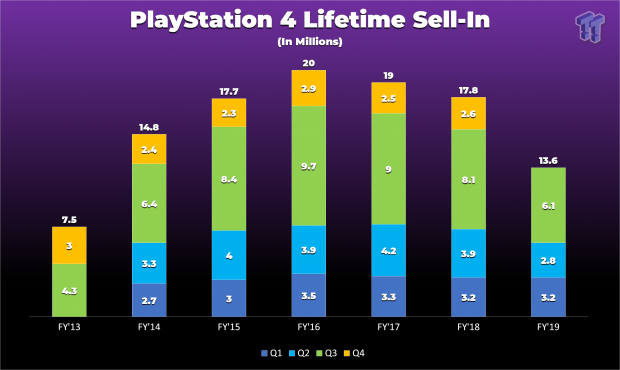 Considering the PlayStation 5 carries forward the PS4's legacy with wide-sweeping backwards compatibility support, it behooves PS4 gamers to gravitate towards the PS5 instead. Sony has ensured the established install base with easily transition to next-gen even as it readies a salvo of next-gen exclusives.

Microsoft, on the other hand, doesn't care if you buy an Xbox Series X or not. They care mostly about Game Pass, which is the ultimate service for double-dipping. You can buy a PlayStation 5 and also subscribe to Game Pass on PC, or even play games over mobile. It's the ultimate cross-platform service.