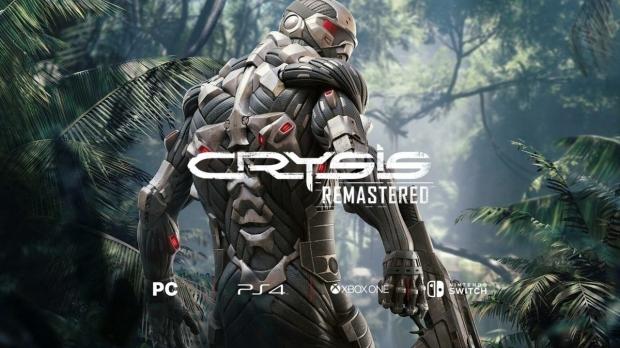 But now some more details are arriving since we're getting close to the reveal of Crysis Remastered gameplay footage, as well Maximum amounts of information on the game. One of those gold nuggets is the fact that we should see Crysis Remastered running at 4K on the current-gen (but best console) Xbox One X.

Not just that, but the entire file size for Crysis Remastered could be just 7GB -- although, this could be larger with a day-one patch.

There's also a press release on Crysis Remastered, which reads:

"The classic first-person shooter is back with the action-packed gameplay, sandbox world, and thrilling epic battles players loved the first time around - with remastered graphics and optimizations for a new generation of hardware co-developed on Cryengine with Saber Interactive. Starting this summer, Crysis Remastered will be available for PC, Xbox One, PlayStation 4, and Nintendo Switch. Crysis Remastered will focus on the original game's single-player campaigns and is slated to contain high-quality textures and improved art assets, an HD texture pack, temporal anti-aliasing, SSDO, SVOGI, state-of-the-art depth fields, new light settings, motion blur, and parallax occlusion mapping, particle effects will also be added where applicable. Further additions such as volumetric fog and shafts of light, software-based ray tracing, and screen space reflections provide the game with a major visual upgrade".