A long-awaited feature has shown in up the latest Xbox App update: dedicated mod support. 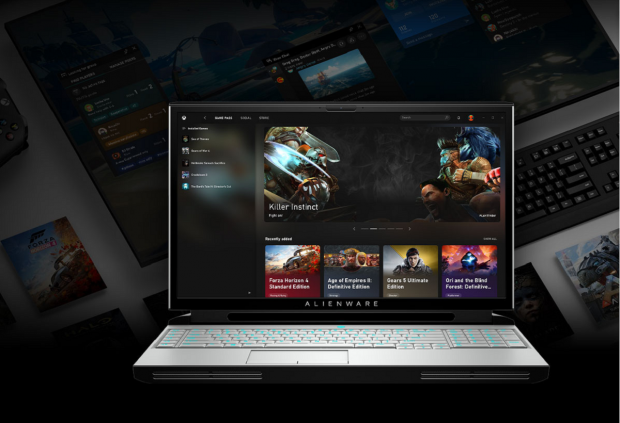 Microsoft is finally enabling native mods in PC games sold on the Xbox store. Right now the feature is in beta testing phases and isn't ready for widespread public release (just like the app itself), and Microsoft warns users of certain restrictions while using mods. This is basically analogous to Steam Workshop mods, complete with in-app mod folder navigation. Right now only a few games support mods, including strategy game Into the Breach. 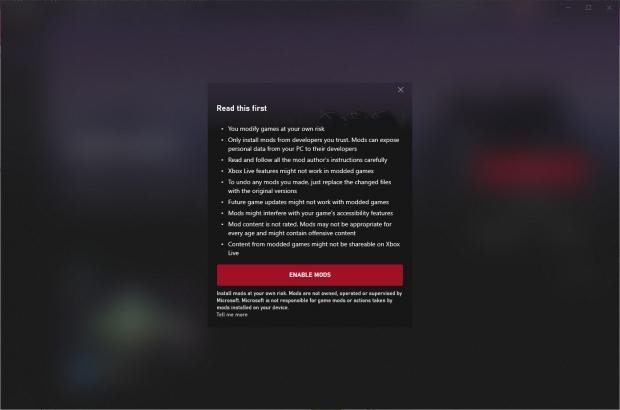 Enabling mods in the app could interfere with specific service functions and features, and could disrupt gameplay updates:

You can download the new Xbox beta app here and try it out for yourself. 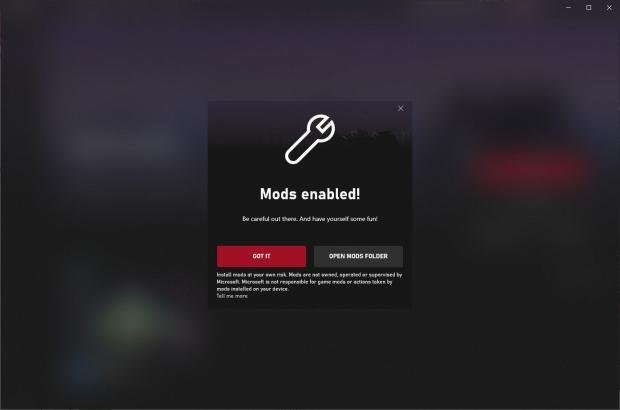