In what feels like it was ripped right out of a movie script, the former head of MI6 has said that coronavirus may have "started as an accident" in a Chinese laboratory. 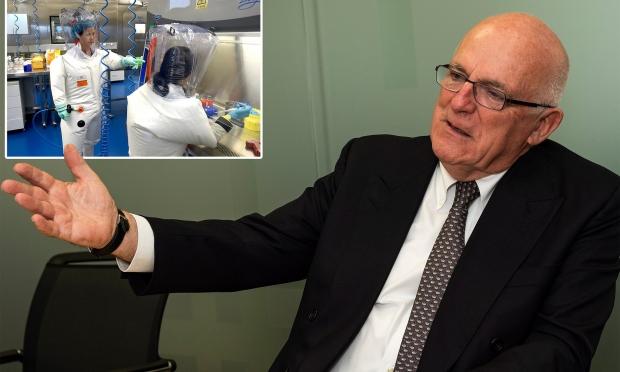 According to Sir Richard Dearlove, who has cited an "important" new study by British and Norwegian researchers that he says could "shift the debate" on COVID-19. The new research suggests something conspiracy theorists said many months ago, that key elements were "inserted" into COVID-19's genetic sequence, and it might not have actually evolved naturally like we've had shoved down our throats from the media and experts for months.

The Telegraph reports that the new research was published in the Quarterly Review of Biophysics Discovery, where co-author John Fredrik Moxnes who is the chief scientific advisor to the Norwegian military, reportedly asked for his name to be removed from the paper.

Not just that, but The Telegraph reports that research paper suggests COVID-19 is a "remarkably well-adapted virus for human co-existence" and that it could have escaped the Chinese laboratory to produce "chimeric viruses of high potency".

As for Sir Richard Dearlove, he ran MI6 until 2004 -- telling The Telegraph: "It's a risky business if you make a mistake. Look at the stories ... of the attempts by the leadership to lock down any debate about the origins of the pandemic and the way that people have been arrested or silenced".

Sir Dearlove continued: "It raises the issue, if China ever were to admit responsibility, does it pay reparations? I think it will make every country in the world rethink how it treats its relationship with China and how the international community behaves towards the Chinese leadership".