Around the world, many motorsports have been postponed, and races have been canceled due to the coronavirus pandemic. In Australia, the Supercars races have been moved to virtual events for the foreseeable future. LG is a sponsor of a driver for this year's BP Supercars All Stars Eseries virtual racing event. The season is a 10-week online simulation with Supercar drivers competing in races from their homes. 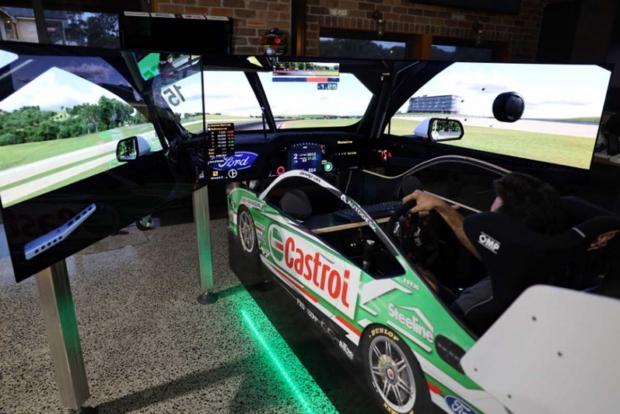 LG says that asking an athlete, like a sports car driver, to relearn their sport online isn't an easy task. Learning to drive in a virtual event is particularly hard for supercar drivers with no experience with racing sims. Rick Kelly, team principal, co-owner, and driver for Kelly Racing, felt the challenge of adapting to racing off of the track in the virtual world. 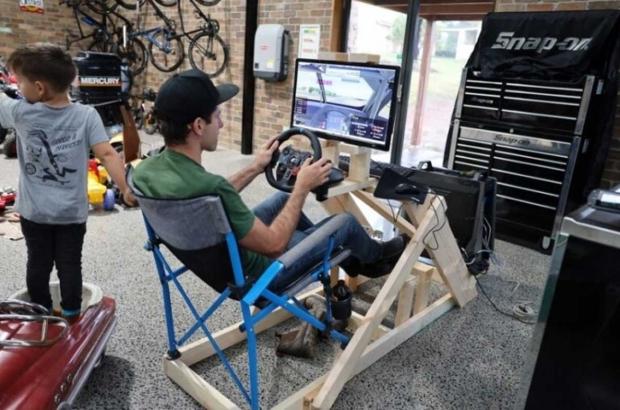 LG Electronics Australia is an official partner for Kelly Racing Supercars team for the 2020 season and helped Rick to create an enhanced simulation experience at home. LG provided Kelly Racing with home entertainment technology that included a trio of 55-inch C9 LG OLED televisions that were specially calibrated for racing simulation. Using those screens, Kelly was able to build a simulator that allowed him to create a familiar driving experience similar to being inside of a real supercar.

The simulator included front and side views of the track and the fast 100 Hz refresh rate of the LG OLED TVs made for low lag when racing. Rick admitted that learning to use a simulator might not seem that complex, but it's harder than it looks. He also says that adding three screens completely changed the simulated racing experience, making him feel more immersed in the simulation. The finished product is cool, and any fan of racing simulations would love to have a similar cockpit in their home. Earlier this week a curved LG computer monitor was on sale with a nice discount for gamers needing something smaller than a trio of OLED TVs for their racing sim cockpit.