You might remember the trailer to Scorn from earlier this month, where it is an exclusive to the Microsoft Xbox Series X console and to the PC. It's from developer Ebb Software and as Derek explains it, it's an "ultra-bizarre horror fest" that is like "stepping into an HR Giger painting".

Well, that 4K 60FPS goodness we all thought was an Xbox Series X console? Yeah nah -- that was a PC. In a recent interview with Wccftech, Ebb Software's Game Director Ljubomir Peklar talked about the game -- you can read the full interview here -- but more importantly what hardware the team used to show us that "in-engine footage representative of expected Xbox Series X visual quality".

Peklar explained: "Now, this is a tricky question as for some reason a lot of people feel that it should be quite easy to get 4K 60FPS on the PC even with this graphical fidelity, and that really isn't the case. For the showcase we used 2080Ti and a Ryzen processor just because there was no reason not to use it, but a 2070 Super with a mixture of settings is adequate to run the game at 4K 60FPS".

There you have it folks: the Scorn in-engine footage was running on a PC and importantly, an AMD Ryzen CPU and NVIDIA GeForce RTX 2080 Ti graphics card. Not a Radeon RX 5700 XT as it doesn't come close to the GeForce RTX 2080 Ti. 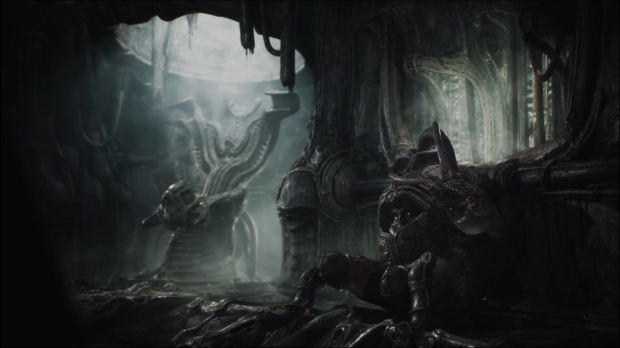