Square Enix will reveal Final Fantasy 16 this summer, a new rumor claims. This seems unlikely, but the company's financials do indicate a ramp-up for new projects. 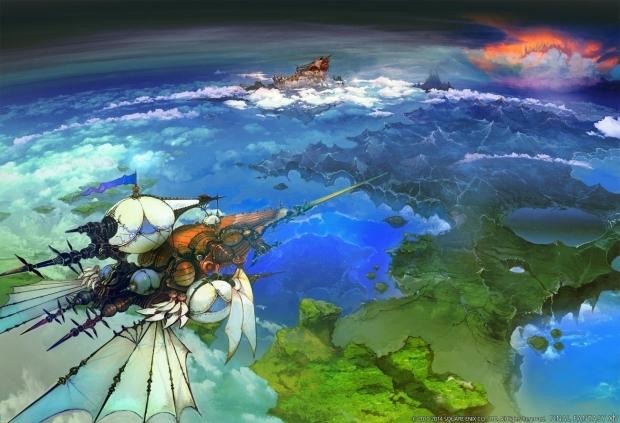 Right now Square Enix has a lot on its plate. There's Outriders, the new game from People Can Fly, Babylon's Fall, the mysterious RPG from Platinum Games, and its main bread-and-butter franchises like Dragon's Quest and Final Fantasy. The company is currently developing major titles like Final Fantasy 7 Remake chapter 2 and Crystal Dynamics' Avengers, the first game in its big multi-year deal with Marvel.

So where does Final Fantasy 16 fit in? In 2019, Square Enix confirmed Final Fantasy 14 game director Yoshi-P was taking the helm of a new project. The new unannounced game is a next-gen title, and has been in full production since April 2019. Many speculate Yoshi-P is working on the next mainline Final Fantasy game while Tetsuya Nomura and Yoshinori Kitase work on Final Fantasy 7 Remake.

"Based on the former 5th Business Division, the newly launched 3rd Development Headquarters has launched a new core project following FINAL FANTASY XIV, and has begun to challenge the next generation. This project has already finished its initial development--we have finished the game's environment--and is now shifting to a full-scale large-scale development phase," Yoshi-P said on the now-removed recruitment page.

But does that mean Final Fantasy 16--or whatever the project ends up being--is ready for a reveal? Probably not. These games take a long, long time to make. Final Fantasy 15, for example, took 10 years before it finally released.

Still though, we can glean a few tidbits from Square Enix's financials. Expenses like research and development as well as depreciation and amortization can give some clues on what a company is planning. 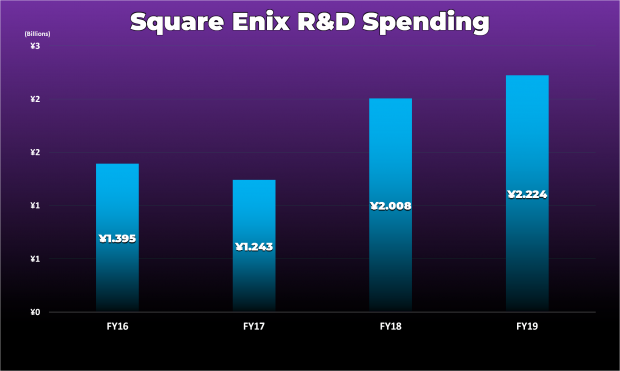 Square Enix's R&D costs have risen in the past three years, and as of FY19 (March 31, 2020), Square Enix has spent 2.24 billion yen on R&D. Bear in mind this isn't just for games, but all of its segments, which include amusement and merchandising too. And the portion that is for games also includes mobile titles.

When it comes to depreciation and amortization, we get more granular data. Square Enix's digital entertainments segment has grown when it comes to D&A. So what does this mean? Amortization is basically a way to determine how much a game will cost when its in development over a specific amount of time. So when amortization raises, that means more games are in development, or a particular game is taking longer than expected. 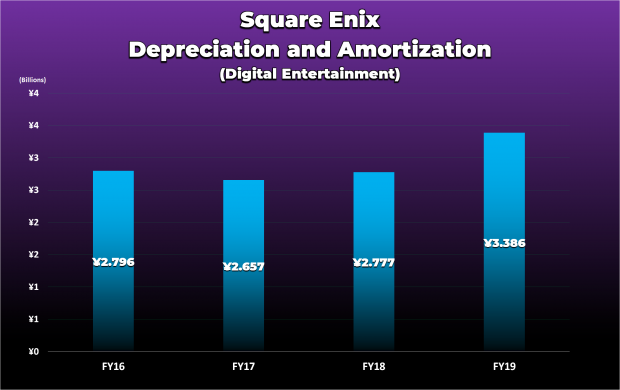 Depreciation and Amortization of Digital Entertainment

In this case, depreciation refers to IP rights. The value of an IP drops over time if a game hasn't come out for a while.

So this strongly indicates a bunch of games are in development, and we do know Yoshi-P's new game is part of these costs. Then again, so are all the other games Square Enix is working on right now so this data doesn't tell us all that much.