Android fans are waiting in anticipation for the next device to land from Google in the form of the rumored Pixel 4a smartphone that's expected to compete against the iPhone SE. There have been multiple leaks of the smartphone ahead of its official unveil, most recently when Google's Rick Osterloh tweeted a screenshot that appeared to be from the 4a giving an idea of what the screen layout would look like. 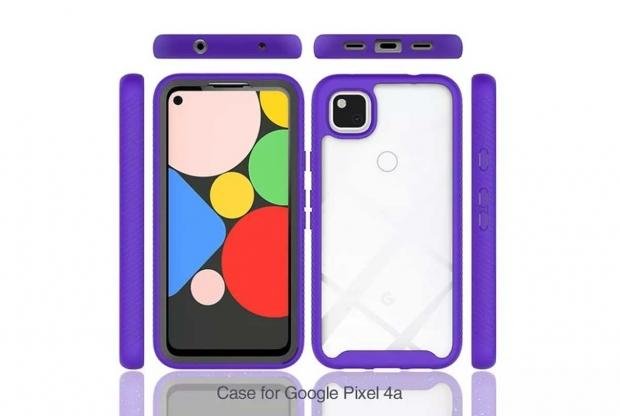 A case allegedly designed for the Pixel 4a has leaked that has a rendering of the smartphone inside, showing what the device will look like. The case is thought to show the final design for the new smartphone, and the design does seem to correspond with the screenshot we mentioned before. The rendering shows a hole-punch camera on the front of the screen offset to the left.

The smartphone design appears to align with some previous rumors about the Pixel 4a. Rumors have suggested that the smartphone will feature a 5.8-inch OLED display, which would be significantly larger than the iPhone SE's 4.7-inch screen. One thing of note in the leaked case renderings is that the smartphone has a 3.5 mm headphone port.

Fans of wired headphones will greatly apricate that the headphone port lives on. To use wired headphones on the iPhone SE requires a Lightning to 3.5 mm adapter. While that adapter is cheap, it still adds something else that users have to keep up with on the go. The rendering shows a fingerprint scanner on the rear of the phone and a single-lens camera on the back. Google's Pixel 4a is tipped to use a Snapdragon 730 processor. Other recent rumors suggest that the launch of the Pixel 4a has been pushed back to June.