LG has found it difficult in the last several years to compete in the high-end smartphone market as both Samsung and Apple have created devices that consumers want more. Details of a new mid-range LG smartphone called the LG Velvet 5G have now leaked, and the device appears to be an interesting mid-range smartphone. 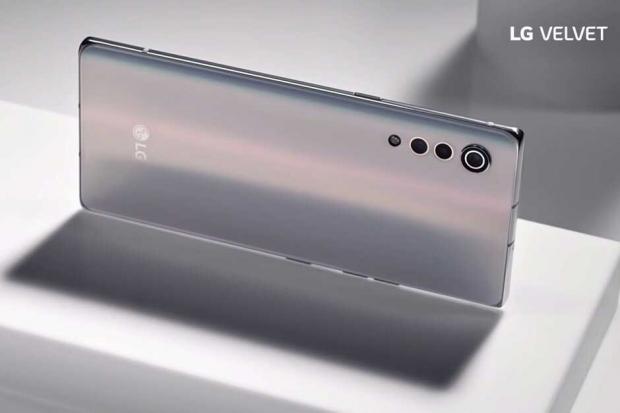 What we know is that the LG Velvet 5G will measure 167.1 x 74 x 7.85mm and weigh 180 grams. One tidbit that hasn't surfaced in the leaks is precisely how large the screen will be. Considering the measurements, scuttlebutt suggests somewhere around the 6.7-inch mark.

Rumors suggest that the screen will have a 21:9 aspect ratio and use OLED technology. Resolution is expected to be somewhere around the same 2460 x 1080 offered in the LG V60 ThinQ. Power is listed in the leak as coming from a 4300mAh internal battery. The device is also said to be IP68 rated to survive water exposure. The chipset is said to be a Snapdragon 765, which supports 5G connectivity in all bands.

Other hardware features include 8 GB of RAM and 128 GB of internal storage with a microSD card for expansion. It also has a headphone jack, which is a big deal to some users. The rear camera array is tipped to feature a 48MP main sensor along with an 8MP wide-angle lens and a 5MP depth sensor. The front camera is tipped be a 16MP unit. Pricing rumors suggest somewhere between $500 and $700 in some markets. The official announcement of the LG Velvet smartphone is expected to come in less than two weeks.