Samsung Electronics announced today that the Samsung Health Monitor app was cleared by the South Korean Ministry of Food and Drug Safety as "Software as a Medical Device." That designation makes the Samsung Health Monitor app government-cleared as an over-the-counter, cuffless blood pressure monitoring application. The app has to be paired with the Galaxy Watch Active2 to allow users to measure and track blood pressure on the go. 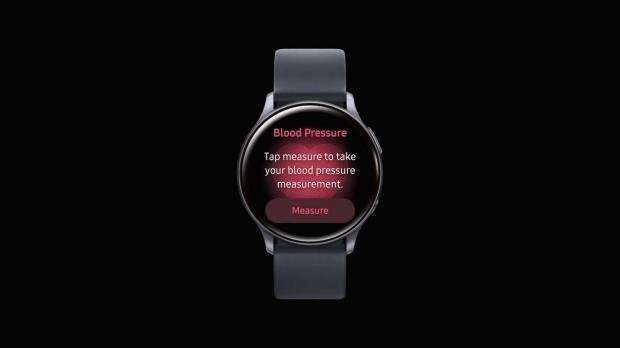 Samsung says that the app will give users the ability to measure and track blood pressure using the app to provide further insight into health and to allow them to make more informed decisions. Samsung notes that the Galaxy Watch Active2 does have to be calibrated using a traditional blood pressure cuff to begin with. The user can measure their blood pressure anytime, anywhere, using the watch after the calibration.

Samsung says that the Active2 wearable can measure blood pressure using pulse wave analysis, which is tracked with the heart rate monitoring sensors inside the wearable. The app analyzes the relationship between the calibration value and the blood pressure change to determine blood pressure readings.

To keep the Active2 accurate, users do have to calibrate the device every four weeks. Samsung says that with the addition of blood pressure monitoring, the Galaxy Watch Active2 features Samsung's most advanced health and wellness capabilities so far. The Samsung Health Monitor app will be available on the Galaxy Watch Active 2 in Q3 2020 and will come to future Galaxy Watch devices. There is no indication of if the app might get FDA approval in the United States. Samsung fans should check out the teardown of the Galaxy S20 Ultra for a look at the tech inside.