Call of Duty players will be glad to know that Season 3 has just been dropped by Activision, and as expected, it comes with a bunch of new features to enjoy.

According to a new trailer dropped onto the official Call of Duty YouTube Channel, Season 3 will add the highly anticipated four-player squads mode to Warzone. We already knew that Activision was planning on increasing the squad size, as Infinity Ward co-head, Patrick Kelly teased back in early March that the developers were planning on adding larger squads and ultimately 200 player matches.

As for Season 3, Infinity Ward and Activision are pumping out some fresh content for both Warzone players and Modern Warfare players. Warzone players will be able to use some new weapons and skins, which include silenced and non-silenced versions of every weapon type. There will also be brand new guns and blueprints inside in supply boxes. As for Modern Warfare players, Infinity Ward is introducing three new 6v6 maps, some are remastered of old classic maps, and some are down-scaled maps from Ground War. Season 3 will begin on April 8th for every platform the games playable on. 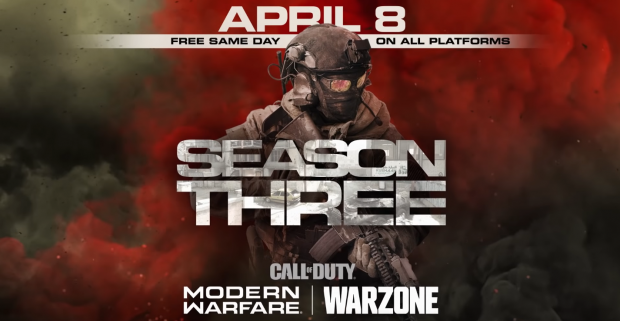