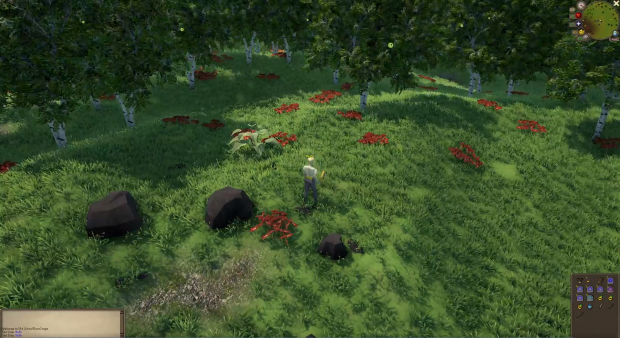 A post has recently blown up on the Old School RuneScape subreddit, the post is by Tottty and shows a next-gen RuneScape client that takes the graphics level of RuneScape to a completely new level. The post received major support from the games community, and Jordan (Tottty) decided to give a little history behind the client's existence. Jordan explains that the client was merely a side project for him when he was 17 and learning to program as a hobby outside of school and other activities.

Jagex, the developers of RuneScape, then invited him to Jagex HQ to discuss implementing Jordan's client into the live game. Unfortunately, that never happened, so Jordan sold the client off to a third-party developer, which funnily enough they didn't end up finishing either. The third-party developer then gave the rights for the client back to Jordan, which then resulted in Jordan deciding to create a new one. Jordan states that "So here I am in 2020, giving it another shot. After seeing the shift in perception of 3rd party clients in both the community and Jagex's posts, I figured now would be a good time to realistically be allowed to release this."

Jordan also states that since he is now a game developer by profession, he has "every intention of releasing this". So when will it release? Well, that's hard to say as Jordan explains that this project has its difficulties. "The timeline is hard to estimate, as this is a unique project in the sense that is has some strange quirks. Such as the game being written in Java, and Unity using C#. I like to think that I'm at the 80% mark, at least for the early access milestone."

Jagex should back the creation of this client in some form:

Here's why. At the moment, the MMO world of gaming is somewhat dry and lackluster of a fantastic title for gamers to sink their teeth into. Gamers who weren't playing RuneScape when it was at its previous peak in 2007-2013 might look at Old School RuneScape now, and be interested in playing, but have no previously generated nostalgia to get past the games graphics quality. For this reason, the graphics cap on the game could be hindering Old School RuneScape's player base growth and the additional of a new HD client might mean the game could see a massive influx of new players who are seeking an amazing MMO.

This is why Jagex should back the creation of the HD client. If a HD client for Old School RuneScape is created and marketed correctly, it could attract new MMO players who were previously interested in RuneScape, but didn't enjoy the graphics. This, in turn, would increase Old School RuneScape's overall player-base and also please players who are already playing, but want fresh new graphics to enjoy.

I recently got into contact with Jordan on Discord, and conducted an interview with him to gather his thoughts on the HD client, and how it could impact Old School RuneScape.

Q: Would you like to see this HD client be backed by Jagex?