Scientists have created not just a new bendable concrete, but the concrete itself is cement-free which reduces its environmental footprint -- good all round stuff right here, folks.

Researchers out of the Swinburne University in Melbourne, Australia have developed a new type of concrete that is bendable, and doesn't require cement to make it. The team put a gigantic weight on top two pillars of concrete: the first, a traditional slab of concrete that snapped under considerable pressure -- but the second one, now that is some magic.

The team used synthetic fibers into their concrete mix, as well as creating a process to manufacture it without needing to heat it up to cure it. This might not sound like a lot, but it radically reduces the impact on the environment -- there's no need to heat up the limestone to make the cement component, with the Swinburne researchers adding it requires 36% less energy to do it their way, versus "conventional bendable concrete". Not only that but it emits a huge 76% less carbon dioxide -- and we all know that is a better thing for the world. 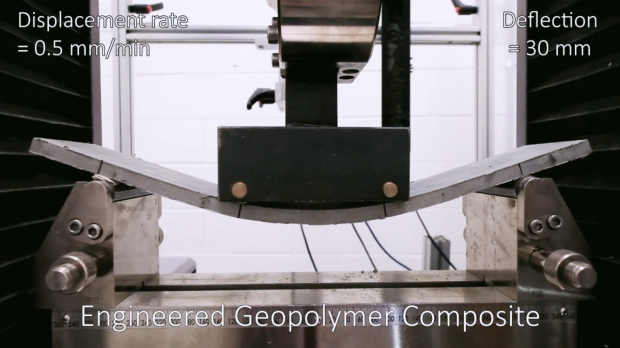 Inside, the polymer fibers help the concrete to take multiple "hair-sized" fractures and not snap into pieces. Dr. Behzad Nematollahi, one of the researchers who developed the material, added that it is 400x more bendable than regular concrete -- perfect for environments around Earth that are prone to earthquakes.

The thing is, bendable concrete isn't new -- it was made in the early 1990s by Dr. Victor Li, a civil and environmental engineering professor at the University of Michigan. The problem was that it was very expensive to make, and as of 2019 it was 4x more expensive to make than traditional concrete.

Let's hope this new bendable concrete can be mass produced on the cheap. 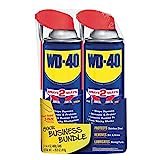